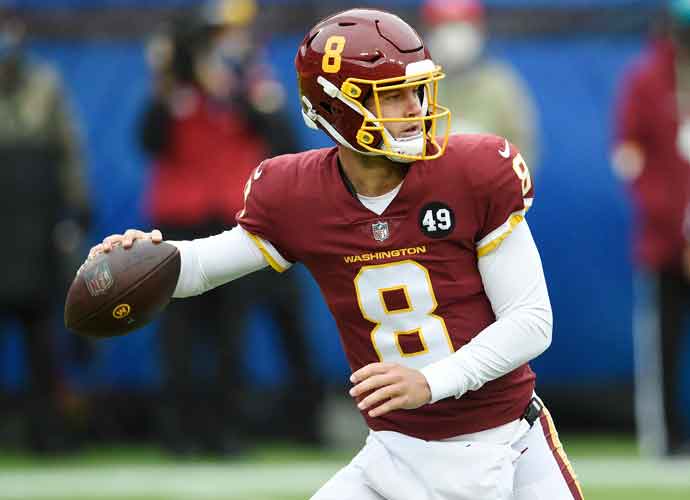 LANDOVER, MARYLAND - OCTOBER 25: Kyle Allen #8 of the Washington Football Team drops back to throw a pass in the first half against the Dallas Cowboys at FedExField on October 25, 2020 in Landover, Maryland.

Many were surprised when the Washington Football Team’s coach Ron Rivera benched second-year quarterback and first-round pick Dwayne Haskins after four weeks into this season. Instead, Riverboat Ron opted for a mix of Kyle Allen and the two-legged Alex Smith as replacements, eventually opting for Allen.

While some slammed this move by Rivera, others criticized his inconsistent message on what prompted the move to Allen. “It does look a little inconsistent, but the consistency is that I’m going to make them based on what I know, on my gut feeling on things,” Rivera said. “Hopefully, they’re good decisions. If they’re not, we’ll know and I’ll take responsibility, that’s for doggone sure.”

A particularly contradictory moment for Rivera was coming out after a disastrous week three performance by Haskins and supporting his quarterback and saying that he was the guy for them. Then, he opted to bench him one week later. While Haskins has been disappointing many saw this as a silly move considering that the Washington Football Team’s roster is devoid of talent and unlikely to make much of a playoff run. But Rivera may have seen the landscape of the weakened NFC East and thought that he could ride his veterans to a 6-10 playoff berth. The Washington Football Team is currently one game out of first place in the NFC East at 1-5.