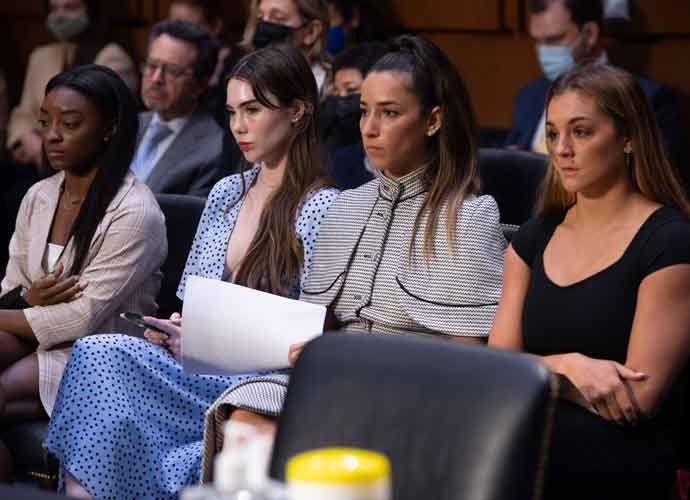 On Wednesday, four members of the USA Women’s Gymnastics team testified on Capitol Hill to condemn the FBI’s failure to investigate sexual assault allegations reported against team doctor Larry Nassar, who is currently serving up to 175 years in prison for sexual abuse and child pornography charges.

Gold medal-winning gymnasts Simone Biles, McKayla Maroney, Aly Raisman and Maggie Nichols were in attendance. In their testimonies, the women revealed the extent to which individual and systemic failures accounted for the FBI’s negligence.

Before the U.S. Senate Judiciary Committee, Maroney stated, “To be clear, I blame Larry Nassar and I also blame an entire system that enabled and perpetrated his abuse.

Among the overarching themes looming over the situation is the degree to which the failure to take allegations of assault seriously played a role in the delaying of the case.

According to a comprehensive review released by the Department of Justice on July 14, the FBI did not open an official investigation until more than a year after the first of the allegations were initially reported to the FBI in July 2015 by USA Gymnastics President and CEO Stephen Penny. Maroney’s allegations against Nassar, who at the time was working at Michigan State, were sent to the FBI’s Indianapolis field office. However, the agent who interviewed the gymnast, Michael Langeman, failed to investigate these allegations “with the urgency that the allegations required.”

The specifics of Maroney’s experiences are deeply disturbing. The gymnast was first assaulted by Nassar at a Texas camp when she was 13 years old.

“I told [the FBI] that the first thing Larry Nassar ever said to me was to change into shorts with no underwear because that would make it easier for him to work on me, and within minutes, he had his fingers in my vagina.”

A couple of years later, Maroney was molested by Nassar in Japan, “I then told the FBI about Tokyo, the day he gave me a sleeping pill for the plane ride to then worked on me later that night. That evening, I was naked, completely alone, with him on top of me molesting me for hours. I told them I thought I was going to die that night because there was no way that he would let me go. But he did. I told them I walked the halls of Tokyo hotel at 2 a.m., at only 15 years old.”

Just as sinister as the events described in the testimony is Langeman’s apathetic response to Maroney’s account of what had transpired. “I began crying at the memory over the phone, and there was just dead silence,” she said. “I was so shocked at the agent’s silence and disregard for my trauma. After that minute of silence, he asked, “Is that all?”

The DOJ report further establishes that Langeman not only failed to report the abuse but falsified Moroney’s account to protect himself. The officer “had a motivation to misrepresent Maroney’s statements during the September 2015 interview in order to minimize the significance of his failure to transfer the Nassar allegations to the Lansing Resident Agency, his failure to properly handle the thumb drive, and his failure to properly document Gymnast 1’s telephonic interview.”

Langeman was fired two weeks ago by FBI Director Christopher Wray, who stated before the Judiciary Committee, “When I received the inspector general’s report and saw that the supervisory special agent in Indianapolis had failed to carry out even the most basic parts of the job, I immediately made sure he was no longer performing the functions of a special agent.”

The DOJ review also found that Langeman’s former boss, William Jay Abbott, failed to pursue Nassar and lobbied Steve Penny, then-chief executive of USA gymnastics, for a $400,000 job with USA gymnastics during the Nassar probe. “While the matter was still pending at the FBI, Abbott met with Penny at a bar and discussed a potential job opportunity with the U.S. Olympic Committee,” the report revealed. “These discussions included Penny expressing concern to Abbott about how USA Gymnastics was being portrayed in the media and whether Penny might be ‘in trouble’ and Abbott proposing to his colleagues an FBI public statement that would place USA Gymnastics in a positive light. At the same time, Abbott was aware that Penny appeared willing to put in a good word on Abbott’s behalf.”