Turner To Launch New Streaming Service In US For UEFA Champions League In 2018 - uSports.org 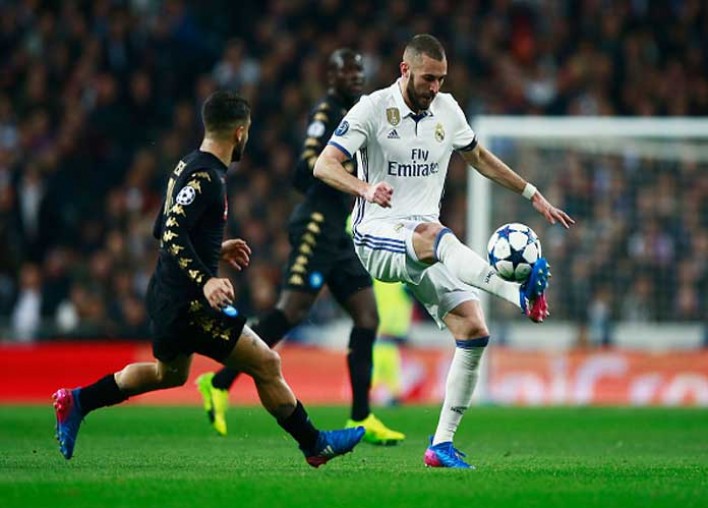 Turner Broadcasting has become the latest media conglomerate to venture into the sports streaming world.

The media giant — which is a division of Time Warner — announced Thursday that it will launch a stand-alone streaming service next year to air most of the games of the UEFA Champions League, Europe’s annual top club soccer tournament. Time Warner is in the process of being acquired by AT&T for $85 billion.

The move follows Walt Disney’s announcement last week that it would develop two similar streaming services — one for its sports subsidiary ESPN and one for its films — to compete against Netflix, from which Disney announced it would be removing its films. Among the more than 10,000 live sports events ESPN is set to digitally stream in 2018 are the Major League Baseball and National Hockey League games and Grand Slam tennis matches. Disney now owns 75 percent of streaming service BAMTech, which besides MLB and NHL games also streams content from HBO and the WWE.

Several media companies are investing in streaming services as a response to increasing number of younger generations of viewers who are cutting their television subscriptions in favor of Internet-connected devices for their video entertainment.  According to Nielsen, 62% of U.S. households — about 73 million — use Internet-connected televisions or streaming video devices. In those homes, streaming video consumed by people ages 25 to 34 accounts for 23% of TV usage.

Turner initially acquired in February the U.S. English-language rights to the Champions League and the second-tier Europa League starting with the 2018-2019 season. However, the deal was formally unveiled on Thursday. According to Sports Business Journal’s report from that month, Turner paid more than $60 million per year for the rights as part of the three-year deal (through the 2021 season), significantly more than the fee the current rights holder Fox Sports paid. Univision retains the Spanish-language rights to Champions League games.

Several of the most-watched Champions League games — including the semifinals and final — will still air on cable television. Beginning in the summer of 2018, however, more than 80 percent of the contests will only be available to viewers who pay for the new subscription service.

Between TV and streaming, Turner will broadcast more than 340 UEFA matches per season. About 60 of those games will air on television, mostly truTV. The other 280 or so matches will be distributed via the new streaming service.

“We went into this specifically thinking about an O.T.T. product,” Turner president David Levy stated Wednesday regarding the company’s decision to buy the soccer rights. “There was just kind of an overall company strategy to innovate beyond the traditional television ecosystem.”

In the past two years, Turner has already developed an art house movie streaming service named FilmStruck and a cartoon streaming service called Boomerang that draws content from the Warner Bros. library of animation properties.

Turner own several cable networks like TNT, TBS, CNN and Cartoon Network, and already owns some rights for games in Major League Baseball, the N.B.A. and the men’s N.C.A.A. basketball tournament.

Levy added, however, that games from these other sports for which Turner owns the rights will not feature on the streaming service, at least not immediately.

“This isn’t about taking current rights and putting them on this platform,” he said. “This is a new platform, which is untethered to our existing businesses.”

Turner plans to air four live Champions League telecasts across its TruTV, TBS and TNT networks from September to early December (Tues. & Wed. at 1 p.m. and 3 p.m. ET), and two televised matches each week during the Knockout Phase (beginning in February; Tues. & Wed. at 3 p.m. ET.). No name or subscription price has been announced for the streaming service.