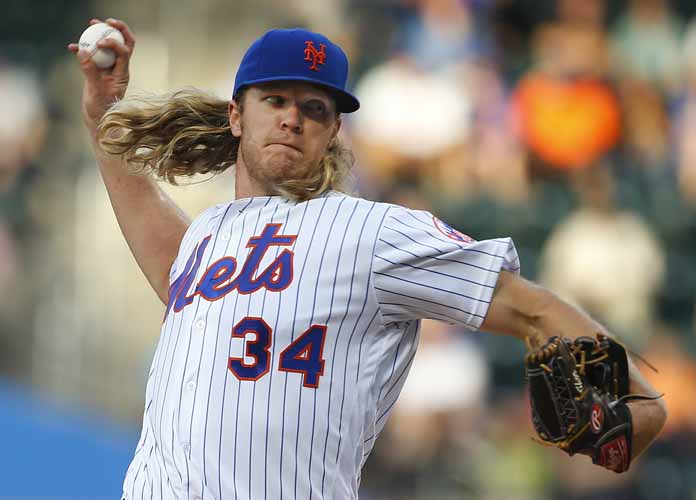 The Los Angeles Dodgers announced Wednesday that they had signed starting pitcher Noah Syndergaard to a one-year, $13 million deal. The team’s goal is obviously to squeeze a little more baseball out of the once-dominant righthander, but at age 30, it appears that his best days are behind him.

As a member of the New York Mets from 2015 to 2021, Syndergaard quickly became a force on the mound, challenging batters with a powerful fastball and guiding the team to a postseason berth. Though Matt Harvey was the de facto ace in a 2015 rotation that also included Jacob deGrom, it became clear that Syndergaard would be the team’s future when he soundly defeated the Royals in the World Series, earning the only win the Mets would receive after an improbable run through the playoffs.

Syndergaard firmly stepped into his role as the ace in Queens in 2016 when he earned a 2.60 ERA and his only All-Star Game appearance to date. He also represented the Mets in a hard-fought 1-0 defeat to Madison Bumgarner and the San Francisco Giants in the 2016 Wild Card game.

The Mets’ star. affectionately known as “Thor,” lost some of his luster among fans when he regressed in subsequent seasons due to multiple injuries. His condition worsened to the point that he required Tommy John surgery before the 2020 season. He didn’t return to the Mets until the end of the 2021 season and left the team for good the following offseason.

In his first full year since recovering from surgery, Syndergaard started with the Los Angeles Angels before being traded to the Philadelphia Phillies as the trade deadline neared. He struggled for both teams, compiling a 3.94 ERA and just 95 strikeouts. Though he was on the Phillies’ roster that made an improbable run to the World Series, one could argue that his contributions were detrimental to the team’s overall effort.

Now, the Dodgers are taking the same chance on Syndergaard that the Angels and Phillies did last season, but if those experiments proved anything, it’s that Thor is not the same pitcher he once was. It’s unlikely that the Dodgers are looking for him to be anything more than a stopgap in the rotation, but even in that role, he has appeared ineffective, especially in big games that Los Angeles strives to reach.

A one-year deal is rarely an affront to established baseball norms, as teams are well within their rights to take a gamble on a former star with a short-term contract. But fans of Syndergaard should set the bar low as he returns to the West Coast. Instead of a career renaissance, they should hope that he merely pulls his weight.