The Case For Kevin Harvick - uSports.org 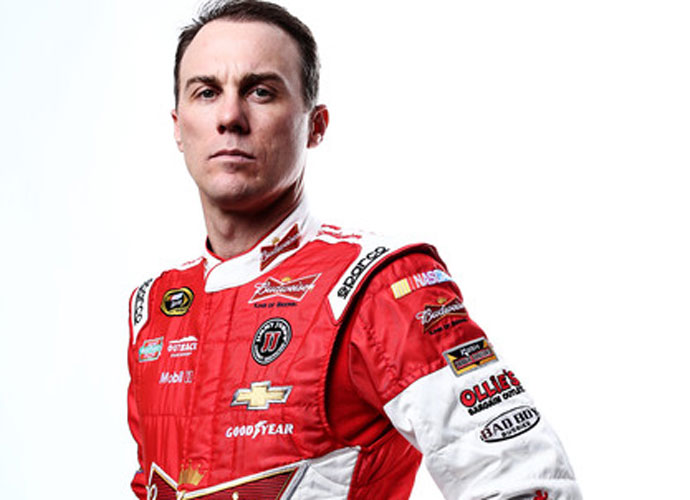 The Case For Kevin Harvick

The reformatted NASCAR Chase for the Sprint Cup made way for some of the most exciting racing seen in years. With eliminations every three races, the 16 drivers that competed in NASCAR’s playoff system were driving on the edge to keep themselves in the hunt. Tempers boiled over, aggressive passes were made, and in the end only Denny Hamlin, Kevin Harvick, Joey Logano and Ryan Newman saw themselves with a shot at the title at Homestead in the Championship Round, NASCAR’s winner-take-all version of a Final Four.

All four drivers showed they belonged in the final round by running towards the front the entire race. However, with less than 20 laps to go, a caution flag waved and changed the entire course of history. Pit road opened, but Hamlin stayed out. Newman elected to gain some track position, while Harvick and Logano sacrificed some spots to get four tires. Disaster struck Logano’s team, however, as the jack broke and took him out of contention. From there, Harvick passed both Newman and Hamlin with his fresh set of Goodyears, and then he held off Newman in a frantic three lap shootout to win the race and become the 2014 Sprint Cup Champion.

As hard as it may seem, Harvick’s now got 14 years under his belt after replacing Dale Earnhardt the week after his death. He finally got out of Earnhardt’s shadow by switching from Richard Childress Racing after 13 years to his friend Tony Stewart’s team at Stewart-Haas Racing. And now he has a legacy of his own- the title of a Sprint Cup champion. But here’s something to chew on: now that he has a title, Harvick can now be considered up there with the all-time greats.

Now, this needs to come with a little bit of clarity. Out of the NASCAR drivers today, nobody’s near the level Jimmie Johnson, Jeff Gordon, and Stewart are on. If anything, this new Chase format will probably prevent anyone from reaching Johnson’s era of dominance, which hasn’t exactly come to an end after just one disappointing (at least at the level of Jimmie and crew chief Chad Knaus’ expectations) season. Just because Harvick now has a Sprint Cup title doesn’t mean he’s on that pedestal just yet.

But historically speaking, Harvick is now up there with some of the all-time great drivers. He can now claim a Sprint Cup Championship, something greats Mark Martin and Junior Johnson were never able to accomplish despite their storied careers. His win at Homestead was his 28th of his career, which now puts him on the cusp of the top 20 of all-time wins in NASCAR’s top series. And after winning the Nationwide Series championships in 2001 and 2006, Harvick joins Bobby Labonte and 2012 champ Brad Keselowski as the only three drivers to win championships in NASCAR’s top two touring series.

Quite frankly, the only thing missing on Harvick’s resume was his Sprint Cup championship. The “crown jewel” events in NASCAR (in the past 20 years) are the Daytona 500, Coca-Cola 600, Brickyard 400, and Southern 500. Harvick won the 10th edition of the Brickyard 400 at Indianapolis in his third season in 2003, won the Daytona 500 in unforgettable fashion in 2007, two Coca-Cola 600s on Memorial Day weekend, and this year completed the grand slam with a win at Darlington in the Southern 500. The other drivers that can say they’ve won all four: Dale Earnhardt, Jeff Gordon and Jimmie Johnson, which means the driver nicknamed “Happy” is in quite some elite company.

Harvick benefited from the new Chase format to win the final two races, which propelled himself to a championship. In older systems, he wouldn’t have walked away with the cup. But let’s face it, Harvick was already being talked about as one of the best drivers to never win a title. Now that that’s put to rest, it’s time to talk about him as one of the best of all-time. By no means is he on that level of Petty, Earnhardt, Johnson and some others, but he’s now safely on at least that second tier of drivers NASCAR fans will remember for the rest of time.