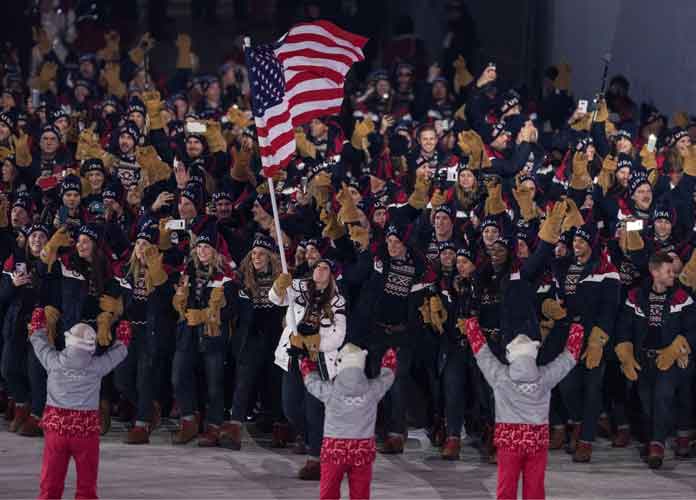 Last week, Ralph Lauren unveiled the parade uniforms, including a white denim jacket that will include “wearable RL cooling technology,” according to a statement from the company. The technology provides a “self-regulating temperature cooling device” integrated into the jackets and will disperse heat and cool down the body temperature.

The jacket is “infused with a modern technology that’s totally groundbreaking and an innovation that’s going to change the way we think about sustainability and think about our personal comfort,” said Ralph Lauren’s son David Lauren, who is vice chairman of the company’s board and chief branding and innovation officer.

“Recognizing Tokyo’s summer heat, we sought to develop a solution for Team USA that fuses fashion and function. Allowing them to look and feel their best on one of the world’s biggest stages,” the Ralph Lauren statement said.

Team USA’s parade uniform will include a woolen navy blue blazer, coordinating shoes, masks made from cotton and striped belts. The rest of the uniform is classic all-American Ralph Lauren preppy: a navy blazer with a striped shirt and printed scarf. Each clothing item is made in the United States and incorporates sustainable materials.

On July 23, the flag bearer will be sporting the white denim jacket with the cooling technology, while all other members of Team USA will be donning the blue blazers that can be activated after the parade.

The flag bearers for Team USA have yet to be announced. The opening ceremonies will feature fewer athletes and will not include any fans.

Ralph Lauren has been outfitting Team USA since 2008.