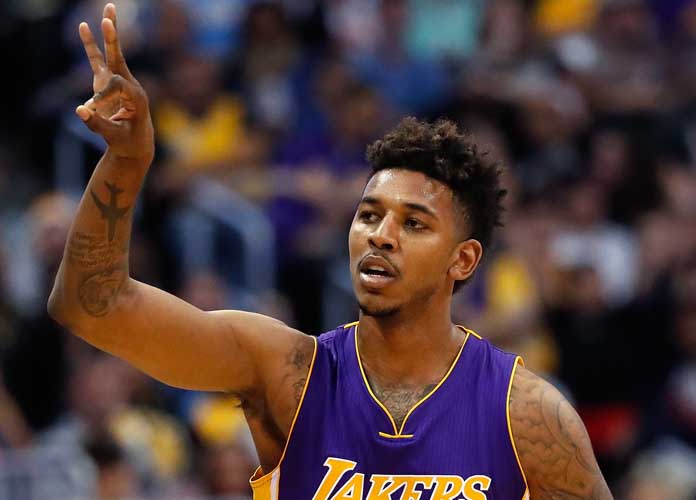 DENVER, CO - MARCH 02: Nick Young #0 of the Los Angeles Lakers celebrates a three point basket against the Denver Nuggets at Pepsi Center on March 2, 2016 in Denver, Colorado. The Nuggets defeated the Lakers 117-107. NOTE TO USER: User expressly acknowledges and agrees that, by downloading and or using this photograph, User is consenting to the terms and conditions of the Getty Images License Agreement. (Photo by Doug Pensinger/Getty Images)

The playoff-paced but injury-riddled Denver Nuggets added some relieving depth this week in the form of guard Nick Young.

An extremely rare process has allowed the Nuggets to make the move on Young, who won the NBA Championship with the Golden State Warriors in 2017-2018. The team signed Young through the injury hardship relief exception, which is granted by the NBA only when the league determines a team is dealing with a hardship. It allows a team like the Nuggets to withhold over 15 players on the roster when it has at least four players who are sick or injured for longer than two weeks.  In the process, the team waived guard Brandon Goodwin to clear a spot for Young.

I love the support the world shows swaggy beyond blessed

The Nuggets could be without four of their five starters in Monday night’s game against the Memphis Grizzlies. Former Los Angeles Lakers guard Young can provide depth to the decimated Nuggets lineup that will be without all of the following injured players: Will Barton, (groin) Gary Harris, (hip) Paul Millsap, and possibly even point guard Jamal Murray (shin).

Swaggy P’s back (with the Nuggets now). This dude is a gem 😂 pic.twitter.com/aMF9jdOrIQ

Welcome back to the league, Swaggy P. You were missed. pic.twitter.com/5cYsGsJE9F

Young, 33, was the Washington Wizards’ first-round pick (No. 16) out of USC in 2007 and played five seasons with the team. He also played for the Los Angeles Clippers and Philadelphia 76ers.