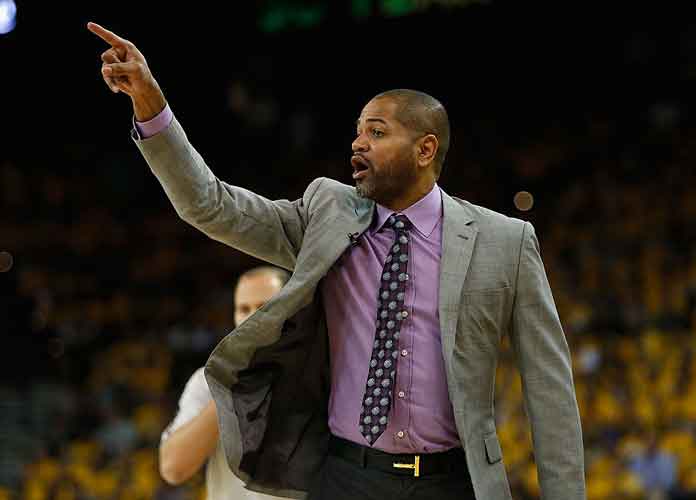 The Memphis Grizzlies have dropped to 7-12 this season following eight consecutive losses, and are thus making some swooping changes.

The team fired head coach David Fizdale on Monday and promoted associate head coach J.B. Bickerstaff — who was 37-34 as an interim coach with the Houston Rockets in 2015-2016 — to lead the squad.

Memphis, who is 12th in the Western Conference, lost to the Brooklyn Nets 98-88 at home on Sunday. The Grizzlies’ most recent victory came at Portland on Nov. 7, a 98-97 win.

“After a thorough evaluation, I decided a change in course was necessary to move forward and provide the team and organization its best chance at success this season and beyond,” general manager Chris Wallace said in a statement. “Coach Fizdale represented the Grizzlies and City of Memphis proudly, and we wish him well as he continues his career.”

Grizdale issued his own statement to thank the franchise.

“It was a great honor and experience to serve as your Head Coach and be part of the Memphis community,” Fizdale said. “The city of Memphis is a special place and embodies a spirit that is second to none. I wish the organization and the players the best moving forward and hope they bring the fans the championship they so richly deserve. Go Grizz!”

Fizdale’s termination comes at a peak moment in his tense relationship with All-Star center Marc Gasol, who was benched in the fourth quarter of Sunday’s loss to Brooklyn.

The Griz have lost 11 of 13, and there was some friction between Marc Gasol & David Fizdale last night, BUT STILL. Memphis has had a bunch of injuries, and I’ve been impressed over & over with how Fiz connects with his players.

Fizdale, 43, was in charge of the Grizzlies for just one full season. Before that, he was an assistant for several NBA teams, including the Golden State Warriors, Atlanta Hawks and Miami Heat.

The team has also been set back by several injuries recently.

Bickerstaff also served as an assistant for Fresno State from 2002 to 2004.

LeBron James, meanwhile, tweeted that he was shocked by the Grizzlies’ move:

I need some answers. Feels like my man was a fall guy

“I think David Fizdale is one of the best coaches in the league,” Kerr said. “He’s a brilliant guy, he’s got an edge to him, he’s tough, he’s smart. Their whole team is injured, Mike Conley is out. Like, this is what happens, you lose when your best players are out and when your whole team is wiped out. It caught me off guard.”

The Grizzlies reached the Western Conference playoffs last year under Fizdale, going 43-39 in the regular season.

Memphis next visits San Antonio on Wednesday night, then hosts the Spurs on Friday night.

OAKLAND, CA – APRIL 18: Head Coach of the Houston Rockets J.B. Bickerstaff gives directions in the second quarter in Game Two of the Western Conference Quarterfinals during the 2016 NBA Playoffs at ORACLE Arena on April 18, 2016 in Oakland, California. (Photo by Lachlan Cunningham/Getty Images)