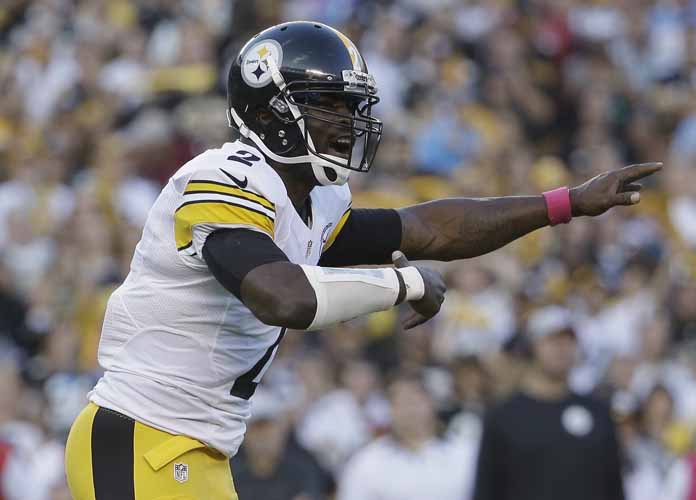 Most people have an opinion about Michael Vick. A strong opinion.

Looking to continue its multimedia expansion, Bleacher Report produced the documentary VICK, capitalizing on one of the most polarizing figures in sports history, following his rise to fame and fall from glory.

Bleacher pulls back the curtain on Vick’s life, showing what is was like to grow up in the downtrodden projects of Newport News, Virginia, his close relationship with former NFL quarterback Donovan McNabb and his quest to be “part of the solution.”

Vick addresses his role in dogfighting, which many feel unwilling to forgive him for, but that tune may change after one screening of VICK.

Viewers learn that Vick had talent unmatched, maybe by anyone whose ever played the quarterback position. Former coaches, family, friends, opponents, all bow to his athletic ability.

But as we know now, this story has a twist.

Vick explains his incarceration in great detail, making no excuses for his actions and accepting full responsibility.

Just as fans follow his ascent, viewers are given intricate detail of how this once-promising superstar, plummeted like a stone from a cliff.

From Madden cover, to orange jumpsuit before he could blink.

Bleacher shows it all, using interviews and archived footage to string together all the components of this emotional rollercoaster ride, which is as gratifying as it is stimulating.

VICK was released in five installments, but the full documentary will keep viewers’ eyes fixed on their computer screen.

Perhaps the most provocative segment features McNabb explaining how he pitched former Philadeplhia Eagles head coach Andy Reid the idea of bringing Vick into the fold after his release from prison.

What many viewers didn’t know, myself included and I consider myself somewhat of a Vick historian, is that McNabb had recruited Vick to join his team once before.

But this wasn’t at the NFL level, McNabb, a superstar in college at Syracuse, was courting Vick to takeover the reins of the Orangemen offense, before Vick decided to cut his own cloth in Blacksburg at Virginia Tech.

“Five, I wanna take the game back over,” Vick told McNabb when discussing a return to the NFL.

In one 50-minute span, you feel compassion for him, stand in awe of him, want to punch him and finally feel empathy for him.

“I talked to Andy and Andy had that same reaction,” McNabb recalled when explaining how Vick began his comeback to the NFL.

‘VICK’ is good for everyone.

Kids can learn the lessons of his missteps and those of his reemergence.

Viewers will learn many things about Michael Vick from this film: he is greedy, shifty, smart, caring, compassionate, remorseful and willing to admit all these aspects of his personality.

We learn Vick is a man, nothing else.

“It’s what you do when people are not watching, it’s not what you do when they’re watching,” Vick says at the close of the film. “It’s easy to put on a front.BUt when the cameras start rolling, you’re gonna see a different man.”