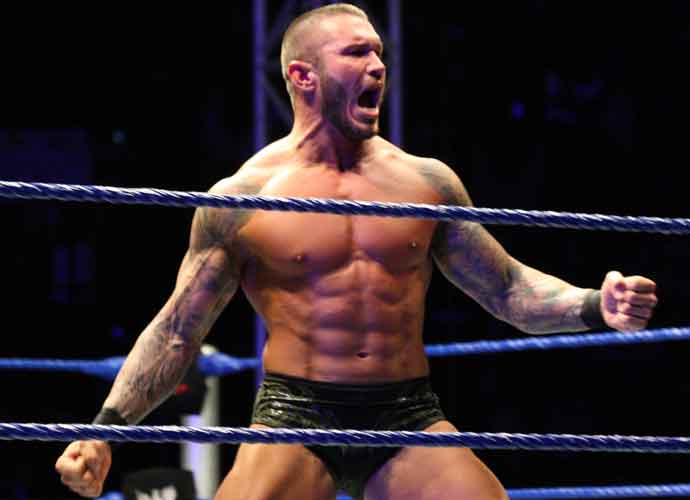 Randy Orton eliminated Roman Reigns to outlast a field of 30 participants in winning his second career Royal Rumble on Sunday.

The 36-year-old WWE star reflected on the feeling that overcame him at the moment of his big win.

“I’m still high off of that adrenaline,” Orton told ESPN.com, before holding out his hands to show they were still trembling with excitement. “That feeling, that adrenaline rush — you can’t really experience that anywhere else aside from bungee jumping or jumping out of a plane.”

Orton won his first Royal Rumble in 2008 by eliminating Triple H, which set up their match two months later at WrestleMania XXV. He discussed how both his personal life and wrestling career have changed since then.

“A lot has changed since 2009 for me. I have a very big, very beautiful family,” Orton said. “My wife, three stepsons, my daughter Alanna, who is eight now, and of course, my two-month old baby that we just had. So a lot has changed in that regard. I’m more grounded, and I think a lot more centered. I think I’m a better person because of my family.”

Orton also added that he has become a hero of sorts to his five children, and that he considers them not just his offspring but great friends as well.

He said the feeling he got when he entered the locker room on Sunday was all too familiar to him by now.

Orton secured yet another title opportunity, which he will receive at WrestleMania 33 on April 2 in Orlando, Florida.

Nevertheless, Orton, who is a 12-time WWE world champion, says he doesn’t measure his success on accolades.

“I have heard the fun facts about my career, but when it comes down to it, I want to be in one piece when I get home, cash that paycheck and come back and put on the best match,” Orton said. “I have been blessed. I’m a third-generation [wrestler]. I said, ‘Hey Dad, give Vince [McMahon] a call. I want to give this a shot.’ Yet guys like this [pointing to AJ Styles, who was standing next to him] were busting their ass for years.”

What’s next for Orton? Some say he could face Bray Wyatt at the Elimination Chamber.

Randy Orton wins. Bray Wyatt wins the WWE Title at the Elimination Chamber. We get Orton Vs Wyatt for the title for the main event.

We will surely soon find out who Orton’s next major opponent will be.