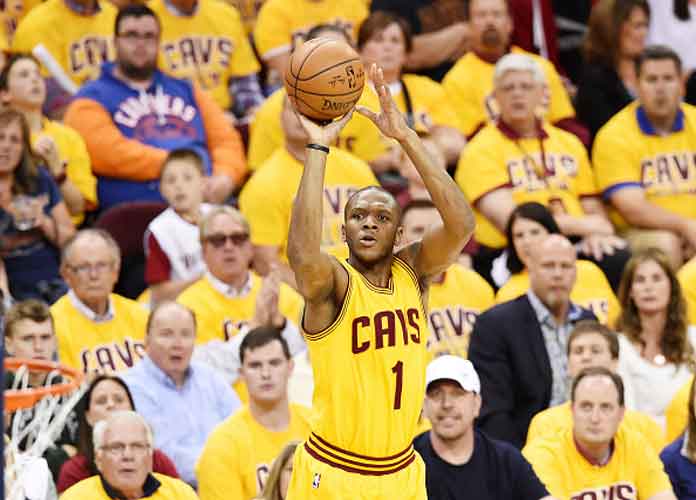 CLEVELAND, OH - MAY 24: James Jones #1 of the Cleveland Cavaliers shoots against the Atlanta Hawks in the first half during Game Three of the Eastern Conference Finals of the 2015 NBA Playoffs at Quicken Loans Arena on May 24, 2015 in Cleveland, Ohio.

Sarver has left little doubt that Jones will be leading Phoenix’s basketball operations in the future, according to ESPN. However, Sarver has a history of changing his mind, without warning, on personnel matters. Firing McDonough nine days before the Suns’ opening night is just the latest example.

Last year, Jones retired from the NBA and was hired to apprentice under McDonough and prepare for a larger role in the organization.

Sarver has never favored experienced or successful executives to lead his team but it’s not like he can recruit one with his poor leadership reputation.

McDonough had two years left on his contract.

Jones had already started working on assembling his own scouting staff, according to ESPN.

Sarver hired Jones to a front office that struggled to communicate with players. He was fresh off a 14-year NBA career that included three championships and a longtime partnership with Lebron James.

Sarver has a reputation as an owner who prys into basketball decisions and coaches and front-office staff have found it difficult to perform their job after the Suns became Sarver’s primary business interest two years ago.