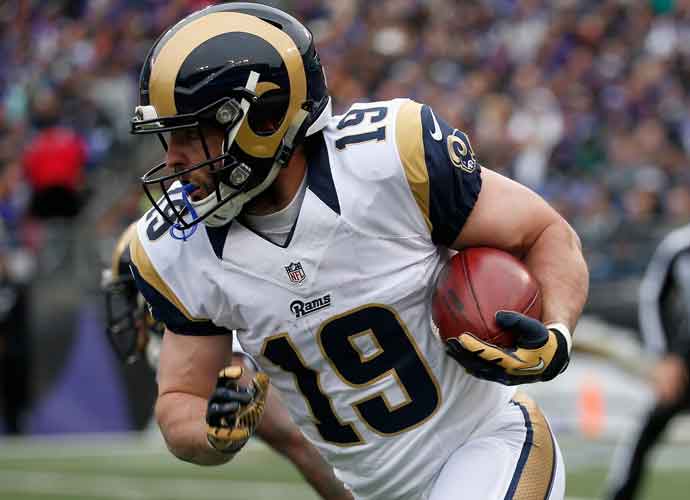 Opening For Rams, Chargers’ New Inglewood Stadium Delayed Until 2020 Due To Record Rainfall

The opening of the Los Angeles Rams and Chargers‘ new stadium in Inglewood, California has been delayed nearly a year until 2020 due to unexpectedly high rainfall, both NFL teams confirmed Thursday.

The $2.6-billion venue was originally scheduled to be completed in time for the 2019 season, but will now be ready during the summer of 2020 to be used during the following NFL campaign.

According to The Los Angeles Times, developers broke ground on the site in November 2016, and cited record rain levels throughout the “mass excavation phase” of construction as a reason for the Los Angeles Stadium’s postponed opening.

“The continuing rains really knocked us for a loop,” Bob Aylesworth, principal in charge for the Turner/AECOM Hunt joint venture that is building the stadium, told The Times. “It was a very unforgiving two months for the project. And speaking from a building perspective, it really couldn’t have come at a worse time.”

Both of L.A.’s professional football teams also released statements regarding the delay.

“Unfortunately, Southern California experienced record-setting rain this winter,” the Rams’ statement read. “Despite bringing drought relief to the region, the rain fell during the mass excavation period of construction when no other work could proceed in wet conditions. As a result, we experienced significant delays and lost the better part of two months from early January into the beginning of March.”

The L.A. Times reported that water reached levels of up to 12 to 15 feet from all the rain this past winter, which made the site take the appearance of a “lake” during the excavation period. The Times also stated that the nearby Los Angeles International Airport received 15.4 inches of rain from November to February, which amounts to more than double the average quantity of rainfall for the region.

The Chargers, who moved to Los Angeles from San Diego in January and changed their logo, announced they will play at the 30,000-seat StubHub Center in Carson, California until the Inglewood stadium is completed.

The team’s president of business operations, A.G. Spanos, emphasized in a statement that the Chargers need to have an obstacle-free opening.

“Our focus is always on the fan experience,” Spanos said. “Our future home will be the best stadium in the NFL and deliver a transformational experience for Chargers fans. If getting it right means pushing back the completion date, then I think the extra year is well worth it.

“Construction is our family business, so we understand the challenges that come with a project of this magnitude. At StubHub Center we are creating an unparalleled environment for watching NFL football, and considering that no other venue in the league brings you closer to the action, we think Chargers fans will enjoy our three years in Carson.”

Chargers head coach Anthony Lynn, who was hired by the team on a four-year deal in January, stated he is looking forward to playing in Carson. Lynn even called the StubHub Center an advantage.

Per the Times, the Rams will play at the Coliseum in Los Angeles for the next two seasons. This move is permitted under the terms of the team’s current lease from the University of Southern California.

The Rams stated that “the stadium bowl is 90 feet deep and fully excavated,” and that excavation crews have already “removed six million cubic yards of dirt.”

The Inglewood stadium is set to host Super Bowl LV in February 2021. NFL Network Insider Ian Rapoport pointed out that stadiums are required to be open for two seasons before they can host a Super Bowl, which means the new venue would need a waiver from owners to host in 2021.

The venue will be the second NFL stadium to host two teams, the first one being MetLife Stadium, which hosts both New York teams.

BALTIMORE, MD – NOVEMBER 22: Wes Welker #19 of the St. Louis Rams carries the ball after catching a pass against the Baltimore Ravens at M&T Bank Stadium on November 22, 2015 in Baltimore, Maryland. (Photo by Rob Carr/Getty Images)