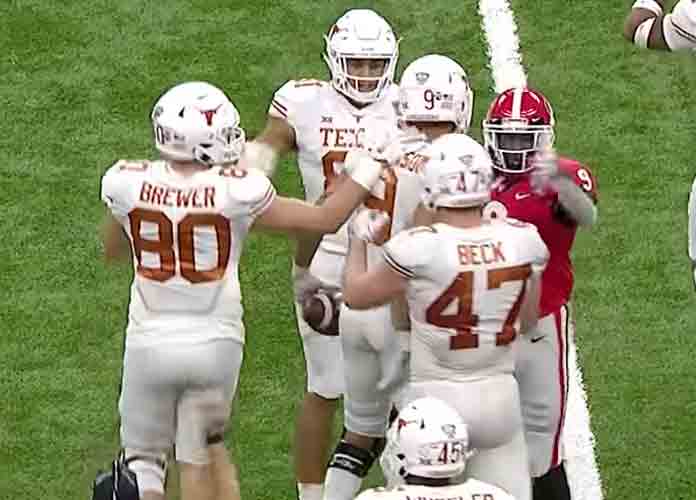 The No. 15 Texas Longhorns defeated the fifth-ranked Georgia Bulldogs 28-21 on Tuesday in the thrilling Allstate Sugar Bowl.

Longhorns Get 10 Wins For First Time Since 2009

Texas (10-4) kicked off 2019 strongly, reaching ten victories in a season for the first time since 2009. According to ESPN Stats and Info, the Longhorns have earned seven wins this season by just one possession — more than any other team in the nation. The victory also marked Texas’ first Sugar Bowl triumph since 1947.

Georgia QB Jake Fromm went 20 of 34 passing for 212 yards, three scores and an interception. The Bulldogs turned the ball over twice and recorded only 72 rushing yards.

Fromm commented on Ehlinger’s aggressive playing style after the game by saying: “In my conference, it’s probably not a good idea to do what he does.” Former Texas linebacker Malik Jefferson rapidly called out Fromm on Twitter following that statement.

Given his performance in the Sugar Bowl, Ehlinger is predicted by many to become a Heisman Trophy contender this year. The sophomore finished the season with 16 rushing touchdowns, (41 in total) more so than any other signal-caller in Longhorns history. Ehlinger also compiled 3,800 yards and could soon be compared to former Heisman winners like Tim Tebow, an ex-Florida standout.

According to 247Sports’ Chris Hummer, Ehlinger has rushed for the same number of TDs this season as fellow sophomore and Wisconsin running back Jonathan Taylor, who is a two-time All-American.

Sam Ehlinger has run for the same number of touchdowns this season (16) as Jonathan Taylor.

Here are some highlights from the 2019 Sugar Bowl:

Both teams’ mascots also had fun before the game by facing off: