Mets Say Tim Tebow Will Be Promoted To Triple-A Syracuse, One Step Closer To MLB - uSports.org 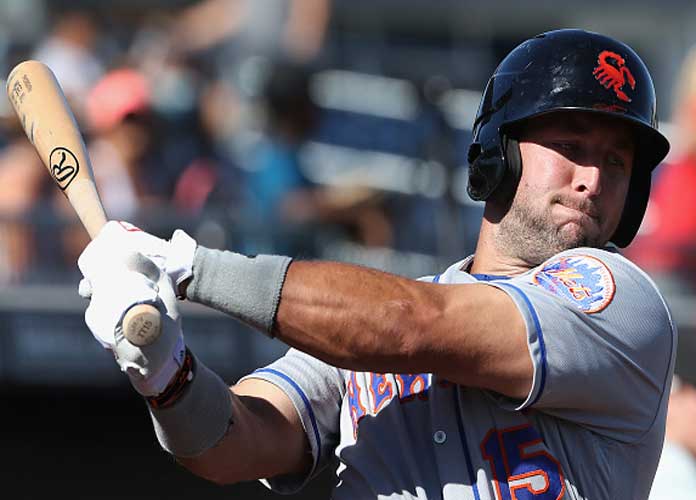 Mets Say Tim Tebow Will Be Promoted To Triple-A Syracuse, One Step Closer To MLB

After an impressive stint with the Double-A Binghamton Rumble Ponies, where he hit .273 with six homers and 36 RBIs in 84 games, the former Heisman-winning quarterback Tim Tebow has been promoted to Triple-A Syracuse. He’s now just one step from fulfilling his lifelong dream of playing in Major League Baseball.

Tebow’s season ended abruptly on July 24th when he suffered a broken hamate bone in his hand, which required surgery. That’s all in the rearview now, as the newly hired New York Mets general manager Brodie Van Wagenen says Tebow is fully healthy and can begin the season in Syracuse.

Van Wagenen also did not rule out the possibility that Tebow could be on the Mets’ opening day roster. “Timmy is not a guy you want to put restraints on,” Van Wagenen said Wednesday. “If he sees a block, he’s going to work that much harder to go overcome whatever somebody places on him. I believe in him.”

For the highly scrutinized figure and multi-sport athlete who has seen rather tepid success, Tebow has defied the low ceiling of expectations placed on him once he announced his plans to play baseball. On the possibility of a transition to the Majors, Van Wagenen suggested that its all up to Tebow to make his dreams happen. “The goal is if he can pick up [his play] in spring training and hopefully get off to a good start in Syracuse, then we’ll evaluate it when he’s ready.”