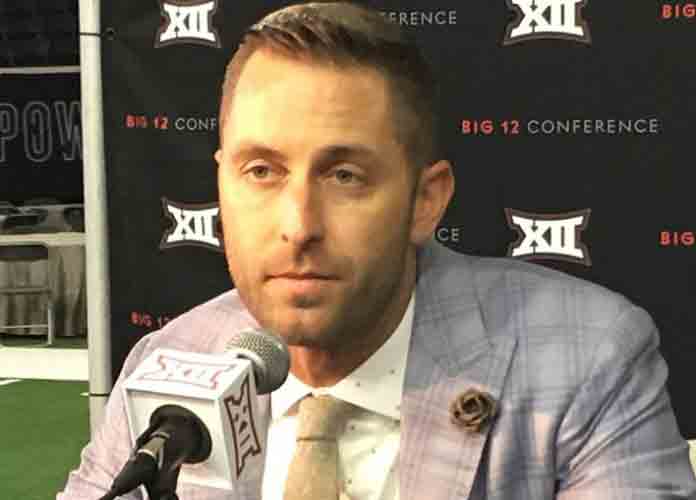 The University of Southern California is making moves to hire recently fired Texas Tech coach Kliff Kingsbury to be their new offensive coordinator.

Trojans May Be Close To Deal With Kliff Kingsbury

According to multiple reports, USC has made several moves to secure Kingsbury, 39, as their offensive coordinator.

Conflicting reports have suggested that the deal has already been finalized, but the team has yet to make any official announcements. Some reports are citing that he has not been inked because the former head coach is holding out for a potential offer from the NFL.

Either way, Kingsbury won’t be without a job for long and it’s most likely that he’ll end up in SoCal to help turn around a struggling Trojans offense that fell to 4th in the PAC-12 South and 9th in the PAC-12 this year.

Because many in the NFL have been monitoring… Spoke to a source close to Kliff Kingsbury who said Kingsbury hasn’t agreed to any deal and is still vetting both college and NFL offers. This one is still early. https://t.co/OkylCBYktt

Kingsbury is one of the most brilliant offensive minds in football. Although he didn’t do outstanding as a head coach, he was able to get Heisman winner Johnny Manziel, Case Keenum and Patrick Mahomes to all put up some really crazy numbers.

Kingsbury was fired after another 5-7 season, with Texas Tech dropping him to 35-40 as a head coach and 19-35 in the Big 12 over six seasons. During his time at Texas Tech, he won just one bowl game and was 1-2 in the postseason.

Pump the brakes on the Kliff Kingsbury to USC talk. His agent Erik Burkhardt just told me “it’s premature to say that any decision (by Kliff) has been made.”

Texas Tech finished No. 1 in total offense nationally in 2016, marking the sixth consecutive time a Kingsbury-led offense has finished in the Top 11.

Kingsbury finished his college career as one of the most prolific quarterbacks in Red Raiders history. He finished as the school’s all-time passer (now second to Graham Harrell with 12,459 yards and 95 touchdowns from 1999-2002. He finished ninth in the Heisman voting his senior season.

USC dumped its entire staff on Tuesday but kept Clay Helton on as head coach.