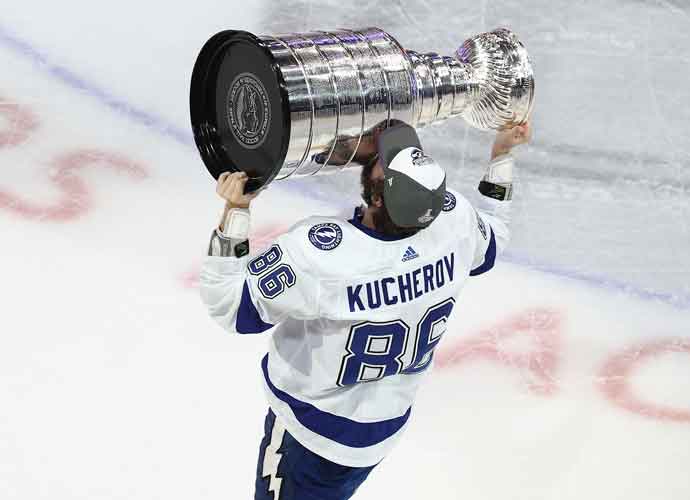 As the coronavirus continues to wreak turmoil on sports leagues, there is no league that has it worse than the NHL.

The NHL is now considering a temporary league re-alignment to solve some issues with its Canadian teams. The NHL is made up of 31 teams with 24 based in the U.S. and seven in Canada. Doing so would solve the travel issues and travel restrictions in place that are an obstacle for the Canadian teams and American teams.

On Tuesday, NHL commissioner Gary Bettman touched on the travel issue in a Paley International Council Summit panel with NBA and MLB commissioners Adam Silver and Rob Manfred. “As it relates to the travel issue, which is obviously the great unknown, we may have to temporarily realign to deal with geography, because having some of our teams travel from Florida to California may not make sense,” Bettman said. “It may be that we’re better off — particularly if we’re playing a reduced schedule, which we’re contemplating – keeping it geographically centric and more divisional-based; and realigning, again on a temporary basis, to deal with the travel issues.”

Bettman has hinted that teams would be playing in their home arenas, while their home cities will be a hub for several games to reduce travel. He added that teams would be playing up to 10-12 days at a time. “You’ll play a bunch of games without traveling,” Bettman said. “You’ll go back, go home for a week, be with your family. We’ll have our testing protocols and all the other things you need.

This would enable players to go back home to be with family. However, this route could allow players to contract COVID-19. This format will be unique as it deviates from the NBA bubble that was a huge success.

The NHL and NHLPA will continue to negotiate to reach a final decision. If the realignment were to be accepted, then divisions will result in an all-Canadian division and multiple U.S.-based division.

The NHL hopes to start on January 1 with a reduced schedule, but the season start will depend on a Thursday meeting with the Board of Governors. Regarding possible fan attendance, it will be decided on an arena-by-arena basis.

Walter Gretzky, Father Of The ‘Great One’ Wayne Gretzky, Dies At 82