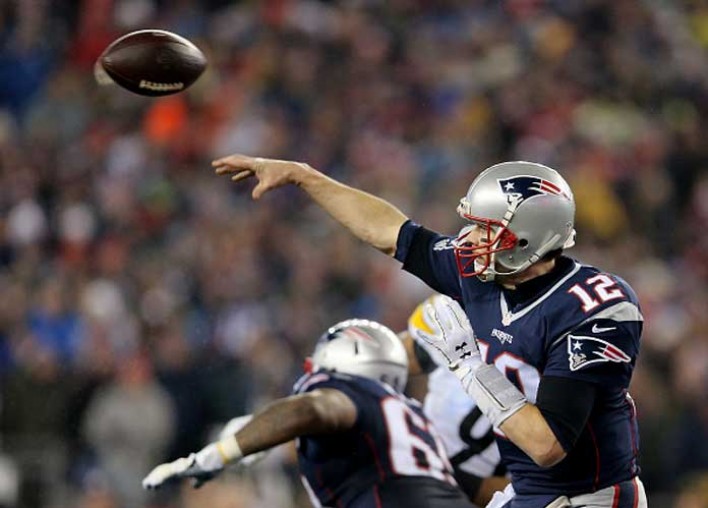 After waiting for what feels like an eternity since the Super Bowl, we finally have news about Americas favorite game. The NFL on Thursday released the full 2019 season schedule to the public, letting fans know who their favorite teams will have to face.

Every game.
For every NFL team.
All in one place.

The masterminds behind the 2019 schedule, Mike North, the NFL’s Broadcast Planning Senior Director and Charlotte Carey, the Senior Broadcast Manager of the NFL, joined GMFB this morning!

Do you want to know the process of how the final schedule gets made?

Some teams set to rebuild got the short-end of the stick, having to face off against steep competition early on and throughout the season. Meanwhile, some playoffs teams received what seemed to be an easy route to another postseason.

The Miami Dolphins, for example, are coming off of a 7-9 record last regular season. This season has them facing off against four straight playoff teams just to start . They also play two opponents after coming off a bye week, giving the opposing team more time to rest and focus on their game-plan.

The NFL was able to connect with fans in a historic way by using tradition. In classic fashion — and to keep one of the longest-running rivalries in sports going — on opening day, the Green Bay Packers will play the Chicago Bears, as they have so many times.

The Indianapolis Colts also have a difficult season ahead of them, especially with Andrew Luck still not back to full form. For any other team, it’s always hard to start the season on the road, but the Colts are starting the year off with back-to-back away games that could possibly sink them in an early-on hole, especially since the first two teams are the Titans and Chargers — teams they’re sure to face off against for playoff position.

The biggest problem with the Colts’ schedule is the fact that all of their tough games come towards the end of the season against teams who either made the playoffs last year or are looking to this year: the San Diego Chargers, Kansas City Chiefs, Pittsburgh Steelers and New Orlean Saints.

Who needs a fancy schedule release video when you can have THIS? 🤓 pic.twitter.com/47Bub45Big

After a tough playoff lost last season that is still difficult to swallow for the New Orleans Saints, they come back this year hoping to dominate the same way they have in the past. Many people feel the referees missed a pass interference call, which would have led the Saints to the Super Bowl. Their schedule is filled with back to back games on the West Coast, featuring teams like the Los Angeles Rams, an eager young strong squad looking to prove themselves after last year’s Super Bowl. They also face the Seattle Seahawks and Russell Wilson the week after.

A New Orleans-influenced look at the Saints’ 2019 schedule!