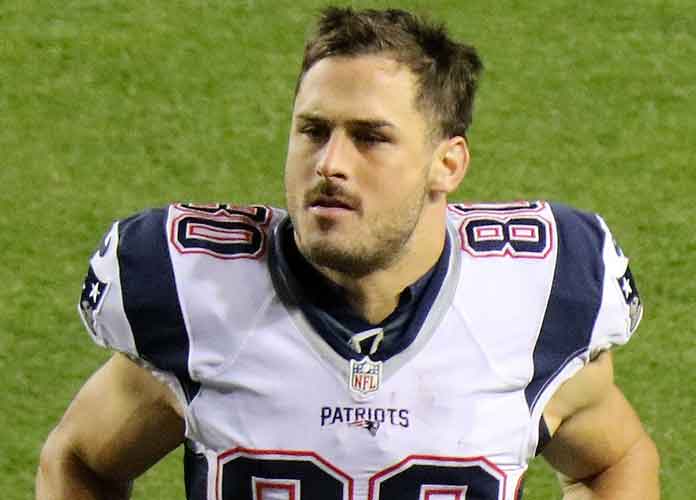 Amendola with the Patriots in 2017. (Wikipedia Commons. Author: Jeffrey Beall)

Danny Amendola Signs With Detroit Lions After Release From Dolphins

After being cut by the Miami Dolphins, Danny Amendola found a new spot this week in Detroit with the Lions. Amendola spent four years in the New England Patriots organization with Lions head coach Matt Patricia. His new deal is for one year, $4.5 million but has incentives that could bring it up to $5.75 million in total.

Former Dolphins’ WR Danny Amendola plans to sign with Detroit, per source. Amendola is in Detroit now, taking a physical and as long as there are no complications, he will be a Lion, reunited with GM Bob Quinn and HC Matt Patricia. #Lions

After trading away Golden Tate to the Philadelphia Eagles, the Lions found a hole at the slot receiver position. They cycled through receivers. Bruce Ellington, TJ Jones and Brandon Powell all couldn’t fill the whole. In fact, only Powell is still on the roster.  While Amendola isn’t half the pass-catcher Tate is now, he’s a stopgap. According to ESPN, Amendola has 391 catches when lined up in the slot since his first full season in the NFL in 2009, the second-most in the league in that time behind only Wes Welker. However, the signing all but shoots down the possibility of a Tate return to Detroit.

Though Amendola is 33 years old, he’s still productive. Last season, he led the Dolphins in receiving with 575 yards on 59 catches. The numbers don’t jump out but he was having to catch passes from Ryan Tannehill, who was all but out the door at that point.

Despite the fact he was productive in Miami, the front office and coaching staff couldn’t seem to buy into Amendola as a long-term piece. With a rebuild coming and his price increasing, the two sides parted ways on Friday. The Dolphins saved $6 million by cutting the 33-year-old wideout, who signed a two-year, $12 million dollar deal last March. Despite that, the team loved the leadership and presence he had in the locker room.