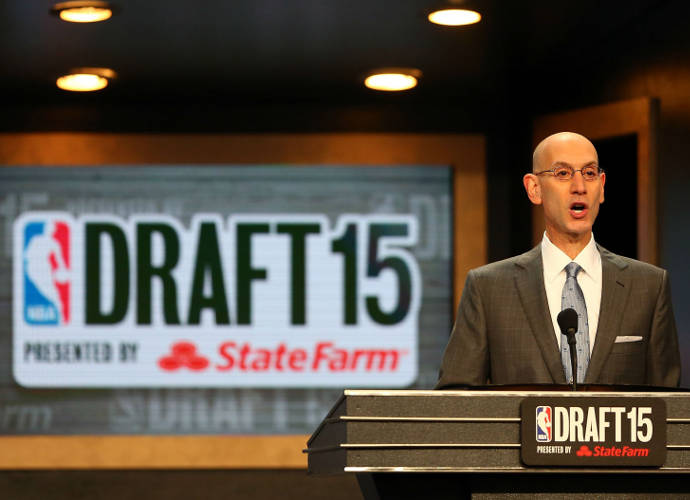 The NBA announced Thursday that it would move the 2017 All-Star Game out of Charlotte due to North Carolina’s controversial law that bans transgender people from using bathrooms in accordance with their gender identities.

The league said in a statement that it hoped to reschedule the event in Charlotte for 2019 if the law is changed by then, and that it did not believe the city could successfully host the game next year given the current political climate. A new location is set to be announced in the coming weeks.

According to Yahoo’s The Vertical, New Orleans has emerged as the frontrunner to host the 2017 game. Chicago and New York are also being considered.

“Our week-long schedule of All-Star events and activities is intended to be a global celebration of basketball, our league, and the values for which we stand, and to bring together all members of the NBA community — current and former players, league and team officials, business partners, and fans,” said the NBA in a statement. “While we recognize that the NBA cannot choose the law in every city, state, and country in which we do business, we do not believe we can successfully host our All-Star festivities in Charlotte in the climate created by HB2.”

Still, it remains clear the league didn’t want to make this decision. Commissioner Adam Silver and the NBA office have been under pressure to move the game’s location ever since the decision to pass House Bill 2 was made back in March, but gave the state, led by Governor Pat McCrory, time to make changes. The league worked with LGBT groups and the city of Charlotte– which prompted the state legislature to pass HB2 after passing a law of its own that protected members of the LGBT community– to try to enact the changes necessary to keep the game in the city.

This is a sports league that was home to Jason Collins, a center who became the first openly gay player in any of the four major North American professional sports leagues when he signed with the Brooklyn Nets in 2013. The NBA also hired the first full-time female assistant coach when Becky Hammon joined Spurs coach Gregg Popovich’s staff in 2014, and banned former Los Angeles Clippers owner Donald Sterling after he was recorded uttering racists remarks that same year.

Thus, it doesn’t come as much of a surprise that Silver decided to move the 2017 game elsewhere following the discriminatory law. House Bill 2 requires, among other things, transgender individuals to use public restrooms that correspond with the sex listed on their birth certificates, rather than the gender they identify with.

McCrory, who has fervently resisted overturning HB2, released a statement Thursday to warn Americans that “the selective corporate elite are imposing their political will on communities in which they do business, thus bypassing the democratic and legal process.”

“The sports and entertainment elite, Attorney General Roy Cooper and the liberal media have for months misrepresented our laws and maligned the people of North Carolina simply because most people believe boys and girls should be able to use school bathrooms, locker rooms and showers without the opposite sex present,” the statement read. “Twenty-one other states have joined North Carolina to challenge the federal overreach by the Obama administration mandating their bathroom policies in all businesses and schools instead of allowing accommodations for unique circumstances. Left-wing special interest groups have no moral authority to try and intimidate the large majority of American parents who agree in common-sense bathroom and shower privacy for our children.”

The NBA has prided itself on its overall approach of diversity and inclusiveness, and several of its players have reflected it. Just last week, four of the league’s biggest stars — Carmelo Anthony, LeBron James, Chris Paul and Dwyane Wade — took the stage at the start of the ESPYs and spoke out about the recent spate of deaths involving African Americans and police officers in this country, issues players have addressed previously.

League MVP and Golden State Warriors guard Stephen Curry, who grew up in Charlotte while his father played for the Hornets, said Thursday on ESPN he agreed with the NBA’s decision, but was disappointed his hometown won’t play host in February. “I know how much that would have meant to the city…,” he said. “At the end of the day I love Charlotte.”

Next month, a federal judge will hear arguments on a motion for a preliminary injunction that asks the court to block certain provisions of the law. Three other legal challenges to HB2 are currently pending, including one filed by the U.S. Justice Department.