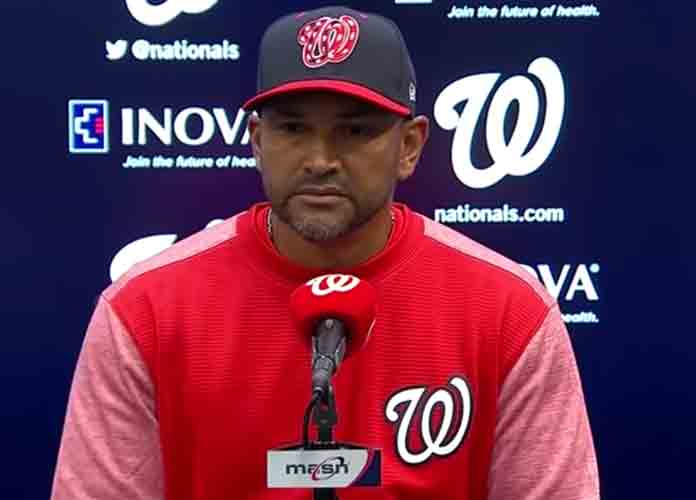 After feeling chest pains in the sixth inning of the Washington Nationals’ game against the Atlanta Braves on Sunday, manager Dave Martinez left the dugout and headed straight to the hospital.

Martinez remains in that same Washington hospital, unable to travel with the team to St. Louis to play against the Cardinals. Martinez was brought in for testing after undergoing cardiac catheterization.

The procedure for a cardiac catheterization involves threading a catheter through a vein or artery from the neck, arm or groin into the heart in order to check for heart problems. The results of the procedure Martinez underwent remain unclear.

In his second season as Nationals manager, Martinez’s team currently sits in second place in the NL East at 82-67, ten games behind the Atlanta Braves. On the other hand, they are currently in possession of first place in the NL Wild Card race, as they are ahead by 1.5 games.

The Nationals are coming off of a series loss to the Braves and are looking to pick it up as the season comes to a close and the playoff race heats up. Washington is led by third baseman Anthony Rendon, who is currently hitting .333 with 34 home runs and 119 RBIs on the year. On the hill, they are led by flamethrower Stephen Strasburg, who holds a commanding 17-6 record through 31 starts. Strasburg’s ERA currently sits at 3.49 and his WHIP is 1.056.

Martinez remains stable in the hospital and even upbeat, according to Nationals General Manager Mike Rizzo. There is no clear timeline for Martinez’s return. Bench coach Chip Hale will lead the team versus the Cardinals, thus temporarily taking over Martinez’s managerial duties.

With the Nationals embarking on a six-game road trip, they hope to have their manager back to full strength and back in the dugout soon.