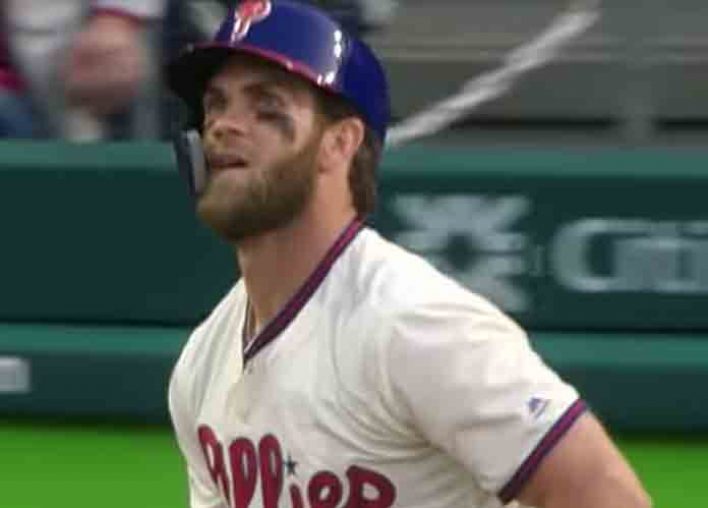 When the Washington Nationals parted ways with not only their young franchise’s most prolific hitter, but also a player constantly reeling in revenue for the team, most expected many dark days to come for the Nats. That player, Bryce Harper, signed with his former team’s rival, the Philadelphia Phillies. Although Harper’s move to abandon ship lead most to believe the Phillies to stand as the next playoff product coming from the division, the Nationals currently hold the second wild card spot, shocking not only opposing NL East teams, but the entire league.

Since May 24, the Nationals hold the league’s best record, keeping them eight games afloat the .500 mark. While the team still remains several games behind the World Series hopeful Atlanta Braves, the wildcard action spot team proceeds to flirt with already exceeds the expectations which surrounded the team during this season’s early days.

Meanwhile, the Phillies remain outside and looking in on the NL playoff picture. Plagued with players such as the .256 hitting Harper, .267 hitting J.T. Realmuto, and the once highly valued ace Jake Arrieta, who’s struggles appear ongoing with a 4.42 ERA. While they’re not atrocious numbers by any means, they do fail to stand out and warrant prominent recognition.

It would seem that Jake Arrieta would be better served focusing on putting a dent in his 4.57 ERA than worrying about Todd Frazier.

Riding some equally surprising and impressive play, the Nationals instead motor on. Most notably, Anthony Rendon, who currently posts a .316 batting average, well above his career mark at .288. From the mound, Washington continues pitcher Stephen Strasburg’s services who deals night in and night out with a 3.37 ERA. The team also awaits four–time Cy Young winner, Max Scherzer’s, return from the IL.

Complete list of @MLB 3B with a higher slugging percentage than Anthony Rendon…
.
.
.
.
. pic.twitter.com/n50P0ApEZk

Washington currently leads Philadelphia in head–to–head victories as well, by a 9 to 5 margin. Although this season’s second half commenced just a few weeks ago, the Nationals and Phillies appear poised to swap pre–season expectations.