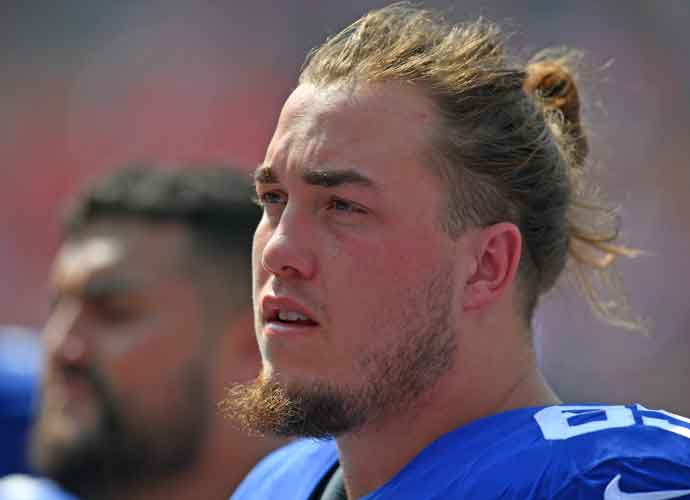 CLEVELAND, OHIO - AUGUST 22: Center Nick Gates #65 of the New York Giants watches from the sidelines during the second half against the Cleveland Browns at FirstEnergy Stadium on August 22, 2021 in Cleveland, Ohio. The Browns defeated the Giants 17-13. (Photo by Jason Miller/Getty Images)

New York Giants offensive lineman Nick Gates suffered a gruesome leg injury during last Thursday’s game against the Washington Redskins. The former Nebraska lineman is still in the hospital over a week after fracturing his left leg midway through the first quarter, raising questions over how the injury may implicate his career moving forward.

The fracture was so awful that the NFL Network chose not to show the replay.

Giants head coach Joe Judge expressed cautious optimism when asked whether his center will ever be able to return to the field.

“I’d be lying, if from my perspective, if I said no. I know that there are some comparisons to other players. These things are all different. I know he’s going to have the best medical care possible, here or elsewhere whatever we can do. So we are confident he’s going to be able to come back.”

“We’re confident he’ll be able to come back. But yes, it could be career-ending.”

“Mark my word, Nick will be back in blue next year. While in some cases these type of injuries can be career-threatening, Nick’s situation is not that. It doesn’t hurt that he is the toughest guy on the planet.”

Gates was named team captain for the 2021 season. Hopefully he’ll be able to bounce back and resume his role as a team leader.

Giants center Nick Gates walking after fracturing his leg against Washington on Thursday.