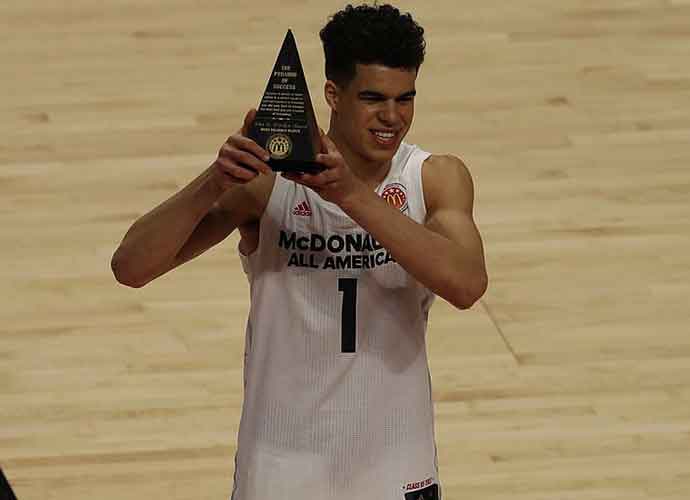 Basketball has never been a game of modesty, and Missouri freshman forward Michael Porter Jr. is showing us exactly why that is by claiming he’s the best player in this year’s NBA draft. While claims like these aren’t new by any means, what makes Porter’s statement particularly noteworthy is the fact that he only played in three games during his one year at Missouri due to ongoing problems with his back, although he says he’s “100 percent” healthy following his lengthy rehab.

During a Thursday media session, Porter said, “I know without a doubt. I played against all these guys, they’re all great players. But I’m the best player in this draft, and I just can’t wait to show what I’m capable of.”

Michael Porter Jr. says everyone will know “soon” he is the best player in the draft pic.twitter.com/kVb1iShJPu

With his college playing experience being pretty much as limited as possible, Porter’s claims are largely based on the fact that he was one of the most highly-touted basketball players coming out of high school despite having initially suffered the back injury during his sophomore year when he fell on his back after being “undercut” by an opponent. He indicated that he tried to continue playing and work out as time went on, but it ultimately only made his injury worsen. According to Porter, though, doctors are confident that he should be fine so long as he keeps up with his stretching and core exercises.

How this will affect the upcoming NBA draft is anyone’s guess, if it affects it at all. Porter undeniably has a ton of talent which alone makes him worthy of a pick somewhere toward the middle or end of the lottery, but the ongoing injury leaves his status way up in the air. Picks 1-5 belong to the Phoenix Suns, Sacramento Kings, Atlanta Hawks, Memphis Grizzlies, and Dallas Mavericks respectively, all of whom have either met with or plan to meet with Porter in order to figure out whether or not to trust claims like these before the draft is underway on June 21.