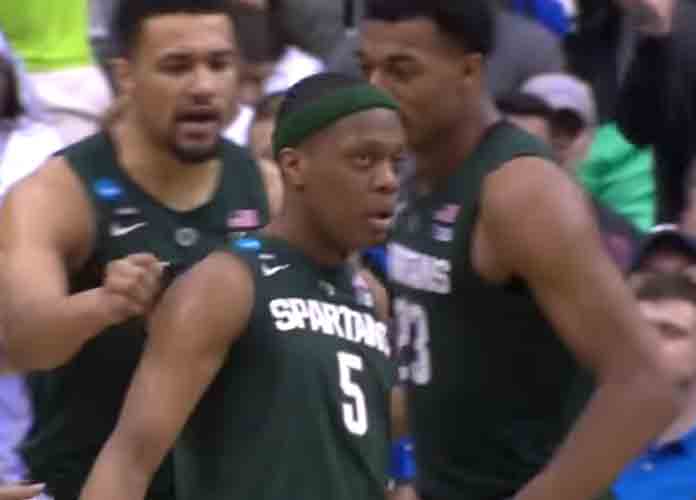 What may have been the sweetest victory in this year’s NCAA Tournament might be the toughest one for coach Mike Krzyzewski to stomach.

At 72 years old and with the age of one-and-done coming to a close, Coach K blew his shot at a sixth NCAA Championship with what may have been his most talented team.

In March Madness, your best asset against the favorites tends to be a good defense. Offenses can sputter out. Defenses rarely do because of the nature of the player a good one needs. No. 2 Michigan State embodied that. On Sunday, they held tight on defense and blocked Duke from advancing to the Final Four with a 68-67 win over the No. 1 overall seed.

Despite coming into the tournament with all eyes on them, Duke had one too many close calls before their elimination. Single-possession wins over UCF and Virginia Tech might have brought the team back to earth. Despite this, they remained the favorites. In the end, the season was a failure.

However, Michigan State seems to have disappeared in the aftermath. Coach Tom Izzo wasn’t simply pushing a Cinderella squad another day closer to April. He built a better team. For 40 minutes, the Spartans seemed in control and led for 22 minutes. Most importantly, they led at the final buzzer.

While Duke was powered by one-and-done stars Zion Williamson, RJ Barrett and Cam Reddish, Michigan State fell back on Junior guard Cassius Winston. Despite a lack of press surrounding him, the guard contributed 20 points and dished out 10 assists. Of course, it was the Big Ten Player of the Year who they entrusted with securing the win in the final seconds. Kenny Goins also made sure to hit a clutch shot to lock up the win.

CASSIUS WINSTON CAN RUN ALL THE WAY TO THE FINAL FOUR! pic.twitter.com/zJVZalCbB3

While Williamson and Barrett contributed a combined 45 points and 20 rebounds, they showed the naivety of freshmen. Turnovers, bad shots and missed passes all came back to haunt them. The Spartans were able to score 15 more points than Duke off of turnovers, a large part of it due to the freshman who hadn’t ever gone deep into the playoffs. Now Duke faces the possibility that their team collapses, as Williamson hinted after the game.

“A lot is obviously going through our minds right now…this group will probably never play together again.”

-Zion Williamson on falling short in the Elite Eight. pic.twitter.com/akQFsYrV1K

The Spartans will appear in their 10th Final Four next week when they face No. 3 seed Texas Tech in Minneapolis.