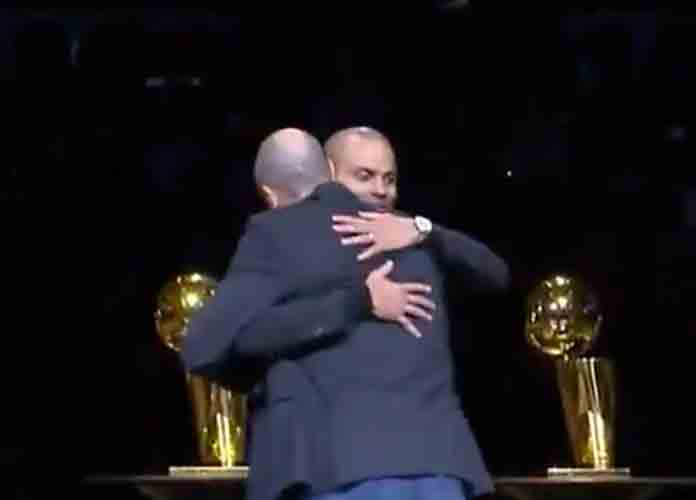 Tim Duncan and Manu Ginobili were just two of the former San Antonio Spurs stars who clearly showed on Monday night how much they appreciated Tony Parker.

Duncan, an assistant coach for the Spurs, and Ginobili delivered emotional speeches to pay tribute to Parker, who played 17 of his 18 NBA seasons with San Antonio before retiring with the Charlotte Hornets in June. The Spurs retired the 37-year-old French star’s jersey at AT&T Center on Monday.

Parker, Ginobili and Duncan started playing together during the early 2000s and helped propel the Spurs to three NBA championship victories in 2003, 2005 and 2007. The trio also defeated the Miami Heat in 2014 — which boasted superstars LeBron James and Dwyane Wade — to win the national title that year. Parker, Duncan and Ginobili also boasted a combined 23 All-Star games appearances in total throughout their career.

“We’ve been through a lot together on and off the court,” said Duncan of Parker. “It’s been an incredible ride and there’s no one else I would have rather [had as] my point guard through this whole time. Thank you, Tony.”

The team even used the hashtag #MerciTony to thank Parker in his native language:

Ginobili also honored Parker in a poignant way. The 42-year-old Argentine, who played alongside Parker for 15 years, reminisced over their time together in San Antonio and noted how well they got along throughout their tenure with the team.

“Hundreds of long dinners and conversations in the back of the bus and I never think we had one argument,” Ginobili said. “Not one.”