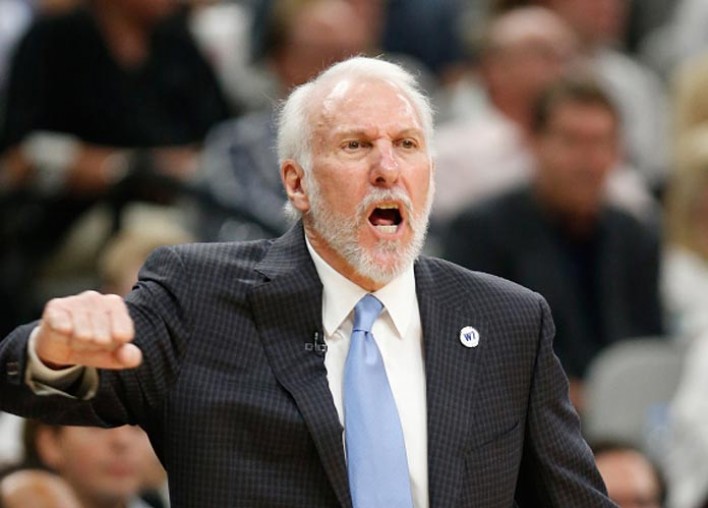 SAN ANTONIO,TX - MAY 10: Head coach Gregg Popovich of the San Antonio Spurs reacts during game against the Oklahoma City in game Five of the Western Conference Semifinals during the 2016 NBA Playoffs at AT&T Center on May 10, 2016 in San Antonio, Texas.

President Donald Trump made his first comments about the ongoing controversy between the NBA and China this week.

Trump criticized coaches Steve Kerr and Gregg Popovich in how they responded to the ordeal.

The president said NBA officials have to “‘work out their own situations” and added he believes Kerr and Popovich were “pandering to China.”

Kerr, who has never been afraid to criticize the Trump administration, said he had no comment when asked about the China controversy involving Daryl Morey and the NBA.

Trump zeroed in on Kerr two days later, saying the three-time champion coach “was like a little boy, he was so scared to be even answering the question.”

Spurs coach Popovich — another frequent Trump critic — also did his best to avoid talking about the situation, but praised commissioner Adam Silver for defending the right of free speech.

“I watched Popovich — sort of the same thing, but he didn’t look quite as scared actually,” Trump said. “But they talk badly about the United States, but when it talks about China, they don’t want to say anything bad. I thought it was pretty sad, actually. It’ll be very interesting.”

In actuality, the reasons these coaches are avoiding making comments about the controversy revolve most likely around the fact that it is in the NBA’s utmost financial importance to keep relations with China healthy. Any more outspoken comments may only increase tensions as teams are currently playing in China.

Most NBA coaches have avoided the topic when asked by reporters, as Houston Rockets coach Mike D’Antoni refused to answer any questions on the topic after his team’s game in Tokyo. Los Angeles Clippers coach Doc Rivers also refused to go into specifics when asked.

Wednesday in Washington, a bipartisan group of lawmakers that included Sen. Ted Cruz (R-Texas) and Rep. Alexandria Ocasio-Cortez (D-New York) sent a letter to Silver saying the NBA should show the “courage and integrity” to stand up to the Chinese government. The lawmakers asked the NBA — among other things — to suspend activities in China until what they called the “selective treatment” against the Rockets ends.

The NBA has made no comment on the letter and there has been no indication commissioner Silver has seen the document.

The protests in Hong Kong were sparked by a proposed extradition law that would have allowed suspects to be sent to China to face trial. Activists saw that as a threat to the legal rights that Hong Kong residents have under the current “one country, two systems” framework. 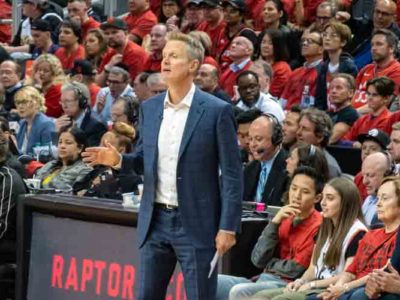