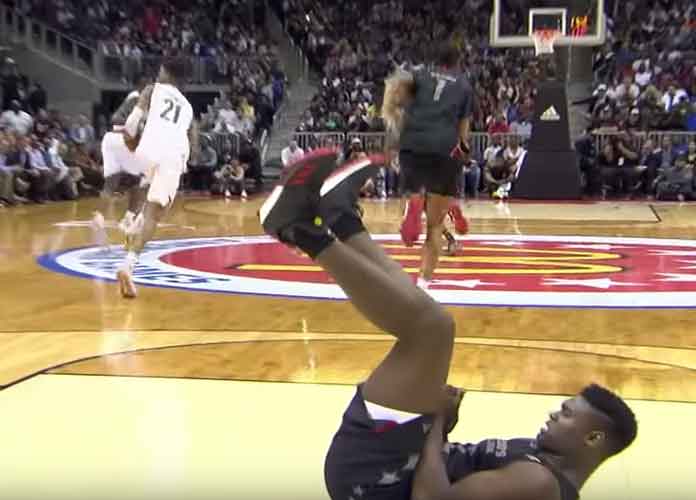 A trio of defense teams attempted to enter an array of new evidence to Judge Lewis A. Kaplan, who denied many of the admissions.

Townsend was caught on a wiretap expressing a willingness to provide money and other benefits in exchange for No. 4 overall 2018 recruit Williamson.

Kaplan refused to admit the Code-Townsend conversation into evidence because it occurred just 12 days before Code was arrested in September 2017. Kaplan deemed this to mean that this conversation did not offer sufficient insight into Code’s state of mind at the time of his alleged fraud, which would have already occurred by then.

Casey Donnelly, a defense attorney for former Adidas executive Jim Gatto, told the court that the government had wiretapped a conversation in which Wade told Dawkins “there are others — involved in it,” then tells Dawkins he is shutting his door. “I can get you what you need,” Wade then continued, “but it’s got to work.”

The defense confirmed the player’s identity as Balsa Koprivica. Koprivica is a Serbian basketball player who is considered one of the top ten college recruits in the Class of 2019.

The conversation between Dawkins and Wade was not admitted on grounds of relevance, because none of the defendants were being charged in relation to any activity connected to Wade, LSU or Koprivica.

In this corruption trial, the schools are assumed to be the victims of fraud because they would have admitted and provided scholarships to players who were not NCAA-eligible.

The defense attorneys tried to enter this evidence onto the record to show that their defendants were not defrauding the universities, and were instead working among the schools’ highest-paid and most visible employees.