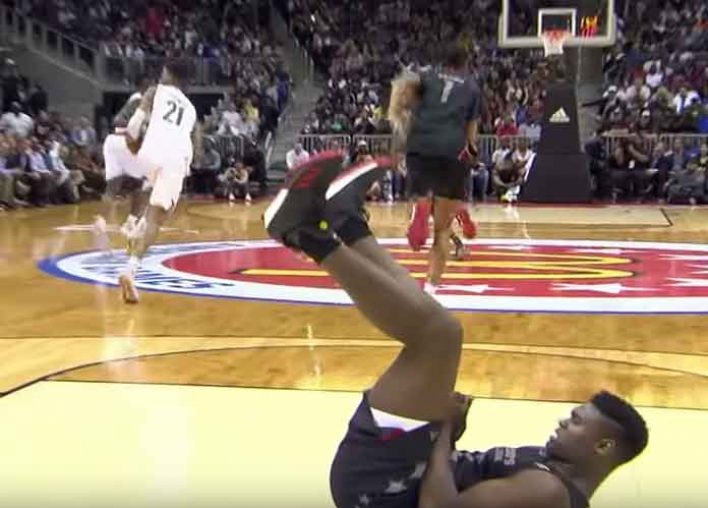 Duke recruit Zion Williamson landed some vicious dunks during Wednesday night’s All-American Game, although they came at a cost as he injured his thumb in the second half.

The Spartanburg, South Carolina forward drove to the basket, lost control of the ball and put down his right hand to brace the fall. Williamson was taken to the locker room to be examined. He did not return and finished the game with eight points nad five rebounds in 17 minutes.

Williamson’s parents reportedly said following the game that he is doing “fine.” The forward reportedly saw a personal orthopedist on Thursday upon returning home to South Carolina, although his father Lee Sartor dismissed these reports.

“There were a lot of reports that we were rushing him back home to have him looked at by a special doctor and that’s not true,” Sartor said. “He’s OK.”

One of Williamson’s teammates, Nazreon Reid, told ESPN that it seemed as if the recruit had dislocated his thumb.

Williamson is ranked second in the nation by ESPN.

The West won Wednesday’s game 131-128. Watch Williamson’s injury and highlights of his and Barrett’s big dunks for the East team: