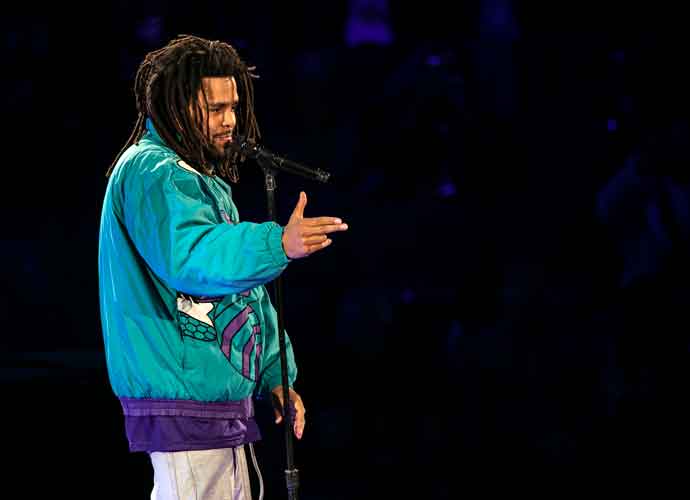 Rapper J. Cole, known for standout albums like 2014 Forest Hills Drive, KOD and 4 Your Eyez Only is taking his talents to Africa this summer, agreeing to a contract with the Rwanda Patriots BBC, in the inaugural season of the Basketball Africa League. This contract marks the start of an insanely busy week for the rapper, who drops the highly anticipated album, The Off-season on Friday. Cole arrived in Rwanda three days ago and is in the midst of quarantining in order to play in the 12-team league.

The rapper should excel in this new league, with quite a bit of basketball experience himself. Growing up, Cole starred at Sanford High School and was considered good enough to be a walk-on at St. John’s. His musical talent took him elsewhere before he stepped foot on the court, but he’s still an incredibly skilled player. Cole even worked with renowned NBA trainer Chris Brickely the last few summers, and Brickely helped him rework his jump shot. When asked how working with Cole was, Brickely had this to say: “For J. Cole, we’re working on reconstructing a shot. It’s good for me because you work with pros a lot and you’re not working on the super fundamental stuff. So it’s good to go over that stuff because it re-brings up to me, it’s like re-teaching myself. So there’s benefits to it.”

To see @JColeNC dream of playing Pro 🏀 come true makes me so happy‼️ He believed in me to completely reconstruct his jumpshot & we took ZERO shortcuts! 2-3 hours workouts 5 days a week for months!!!! We talked about this moment & it’s happening bro… @NBAAfrica LETS GO! pic.twitter.com/0oHzM6ZEP8

In another interview in which Brickely was discussing Cole in a potential one on one with other rapper Lil Durk, he compared Cole’s game to Kyle Korver, saying ” Ooh. If Lil Durk and J. Cole to play one-on-one. You know what? I really don’t know. If I were to explain it NBA-wise, Lil Durk is like an Aaron Brooks. Remember Aaron Brooks? Little guy? He was just like a specialist, good shooter. So Lil Durk is like a Aaron Brooks. J. Cole is like a 6’5″ shooter. So imagine Aaron Brooks playing one-on-one with a … Who was more like a catch and shooter? Kyle Korver. So as far as one-on-one goes, let’s set it up. I’m all for it. Maybe I should tweet that out. But they’re both really good. I’ve worked with Cole more. He lives in New York City now. So we spend a lot of time together, but me and Durk have, too. But that’d be amazing. We have to set that up.”

Cole’s signing with the Rwanda club is expected to become official on Thursday, with his first game coming on Sunday.