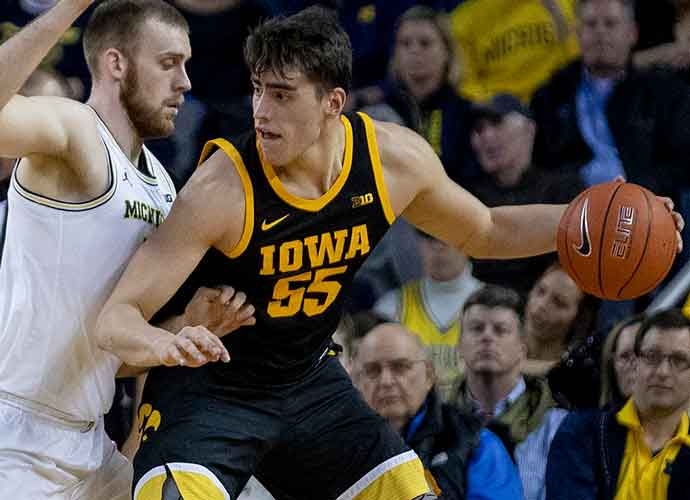 On Monday, Iowa Hawkeye’s center Luka Garza in a letter posted to the school’s website announced that he would be withdrawing from the NBA draft and returning to school. Garza, a national player of the year contender in 2019, immediately makes the Hawkeyes national championship contenders. In his letter, he cited the pandemic disrupting the draft process as well as the desire to finish his career at Iowa, “When I was younger, I dreamed that at some point in my college career I would have the opportunity to leave early to pursue an NBA career. Although I dreamed that, I could never have anticipated how many people this decision would affect. Through all of the blood, sweat, and tears that I have given to this game I put myself in a position where this decision was the most talked about thing in college basketball this summer. I am so humbled, and grateful to have these two choices on my plate.”

On top of that, Garza added that this was not because of fears that he would not be drafted. “Through my interviews, I am confident that if I were to leave my name in I would be drafted to an NBA organization,” he said. “If I decided to return, I could play on potentially one of the best teams in college basketball and make a championship run. For most of the process, I felt like I couldn’t make a wrong or right decision. However, there is a right decision.”

It will be interesting to see if others who are uncertain of where they will end up in the draft follow Garza’s lead and withdraw. If this were to happen that would weaken what is already a pretty mediocre draft class.

Read more about:
Iowa Iowa Hawkeyes NBA NBA Draft
Listen to the uInterview Podcast!
Get the most-revealing celebrity conversations with the uInterview podcast!