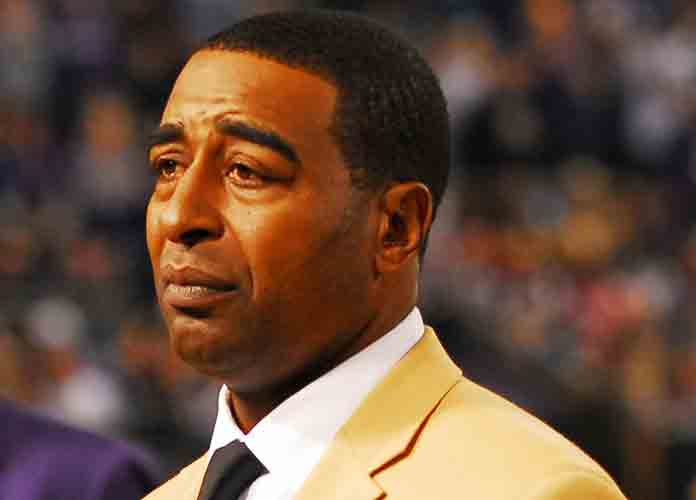 Cris Carter, the Pro Football Hall of Fame wide receiver, is out at Fox Sports.

The news was announced Thursday. The 53-year-old former wideout, who joined Fox Sports in 2016, has been off the air since Oct. 30. The network did not give an official reason for Carter’s departure, although Front Office Sports reporter Michael McCarthy said the Hall of Famer was taking a leave of absence after engaging in a spat with his superiors at Fox Sports about his lack of involvement in the channel’s NFL coverage.

Fox Sports statement: “Cris Carter is no longer with Fox Sports. There is no further comment at this time.”

Carter began his tenure at Fox Sports on the network’s morning show, First Things First, alongside Nick Wright two years ago. On Thursday morning, the Hall of Famer shared a Bible verse in a tweet, although it is unknown whether this relates to his exit from Fox Sports in any way.

But if we walk in the light, as he is in the light, we have fellowship with one another, and the blood of Jesus, his Son, purifies us from all sin.
1 John 1:7

No replacement has yet been named for Carter. Former New York Giants lineman Chris Canty has filled in for the former receiver since his departure alongside Wright and Jenna Wolfe.

Carter was inducted into the Pro Football Hall of Fame in 2013 following a 12-year career in the NFL, most of which he spent with the Minnesota Vikings. Over the course of his career, Carter logged 1,101 receptions and 130 touchdowns to place him in the top-five in league history in both categories. He was also an eight-time Pro Bowler and a Walter Payton NFL Man of the Year.

Carter also previously had stints on HBO Sports’ Inside the NFL and ESPN’s Sunday NFL Countdown.

This was among the videos of Carter that began circulating on Twitter following Fox Sports’ announcement of his departure:

Not having an HD video of Cris Carter “bapping” is a damn shame pic.twitter.com/R4sstJwRBS