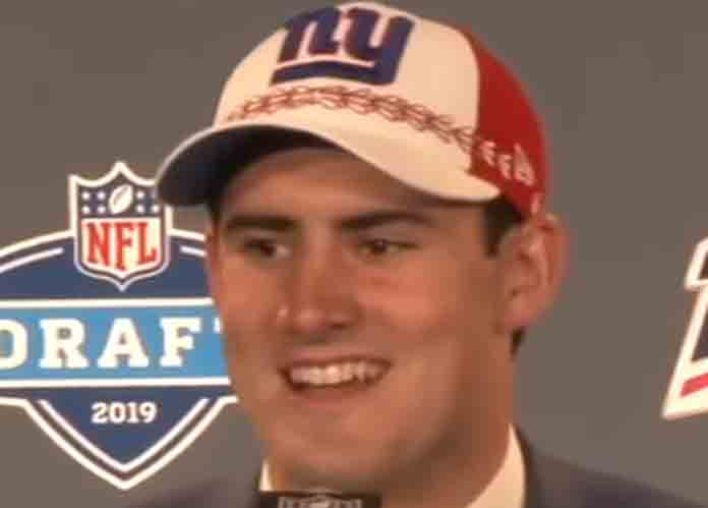 Was it his own skill? Mentally not ready? Lack of experience? Or a lack of familiarity with his new offense? Or was it just the New England Patriots? For whatever reason, Daniel Jones and the New York Giants put question marks on the hype surrounding the man that replaced New York darling Eli Manning early in the season.

Giants defense looked great for most of the game. But as the announcer mention somewhere at the beginning of the fourth quarter, New York’s defense was on the field for too long in the game, which you could see was wearing on them as the cameras focused on the defensive line. They kept punting or turning the ball over which gave Tom Brady and company many opportunities for longer drives. Patriots offense ended up being too much for them, as a close game turned into what appeared to be a routing. For most of the game, the Giants were a touchdown away.

More than once the Giants defense stopped the Patriots to third downs, yet the Patriots would get a first down to keep the ball alive. New England converted 46% of their third downs as opposed to Giant’s 20%. The Patriots scored early on to make it 7–0 on a blocked punt near the Giants goal line which they simply picked up and ran a few yards for a score. Then they scored again in the second quarter to make it 14–0. But Jones got the ball on his own 36 yard line and made a nifty pass above to a covered defender for a 64-yard run for a touchdown. Patriot and Giants would both score once more on takeaways to end the half 21 – 14. Overall a promising half for the Giants despite Jones’ lack of production.

The fourth quarter is where both sides of the ball were scoring for the Patriots. A fumble led to a recovery for the Pats and a touchdown. Then a long drive led to a running score.

After the game Jones put the loss on his shoulder, claiming that it was his signal calling that lost the game. “I didn’t play well by any means,” Jones said. “I don’t mean to confuse that, but I don’t think it was overwhelming. I think it was just bad plays and bad decisions.”

Hopefully, he can bounce back next week, even with the loss of Odell Beckham, Jr. who is still sidelined with a high ankle sprain.

We have awhile until the Giants’ and the Patriots’ next game, but plenty of action coming up this Sunday in the NFL.