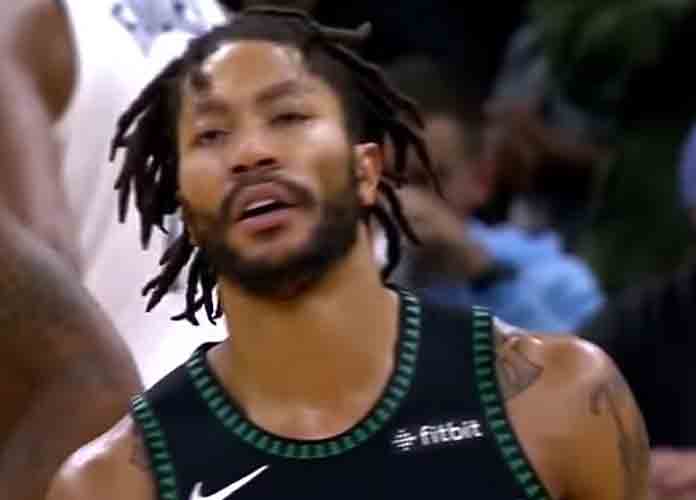 The feel-good, feel horrible, and feel like you want to change the channel career of Derrick Rose has come full circle. The former league MVP scored 50 points Wednesday night in a slim three-point win at home over the Jazz, sinking two free-throws to give the Timberwolves a manageable lead with 13 seconds left.

Despite facing one of the most tenacious defensive teams in the league, and short several key players including Jimmy Butler,  Jeff Teague, and Tyus Jones, the 30-year-old rose to the occasion and carried the team to its fourth win of the season. His previous 44-point career high of 2011 MVP season was marginally eclipsed, and he made it count big time with a series of slashes to the cup. He also had a game-sealing block in the final seconds over Dante Exum, who attempted a three-pointer just before the buzzer.

Let’s not forget here that Rose was released by the same Jazz team earlier this year, when he was a part of the three-team deal with Cleveland that sent Jae Crowder to the Jazz on February 8th. Just 48 hours later, the team waived him. He never even had the chance to visit Salt Lake City.

This time, Rose had the honor of dismissing the team, throwing on his 2011 D-Rose mask for Halloween and sending the Jazz home with no treats, and all tricks. His coach, Tom Thibodeau, never lost faith in his longtime player, who formerly played with the Chicago Bulls. “As long as he’s healthy,” Thibodeau said of Rose, eight days prior to his miraculous 50-point night, “he’ll be one of the best players in the league.”

The Target Center in downtown Minneapolis howled with delight as Rose was enveloped by his teammates, showered by scores of “MVP” chants. The raw emotion was palpable; Rose broke down into tears amid the entire scene.

His NBA contemporaries took the opportunity to ovate the superstar, including several players whom he shared the court with, and those who watched from home as youths.

🗣🗣🗣🗣So extremely HAPPY AND PROUD of you bro!!! I seen it first hand how much you worked and dedicated on your body, craft, mind, etc etc just to play 1 game at a time! Perseverance is a mutha and this is the ABSOLUTE perfect definition of it!! Salute Bro! #DRoseforPresident🙏🏾

Every Basketball fan in the world should feel good for DRose. Tonite was an example of never giving up on yourself and when others believe in you. Amazing things can happen. I’m smiling like i scored 50! Congrts to a good dude!

D rose!!! One of the greatest dudes out there!! He deserves all the praise he’s getting right now!! Congrats homie!!