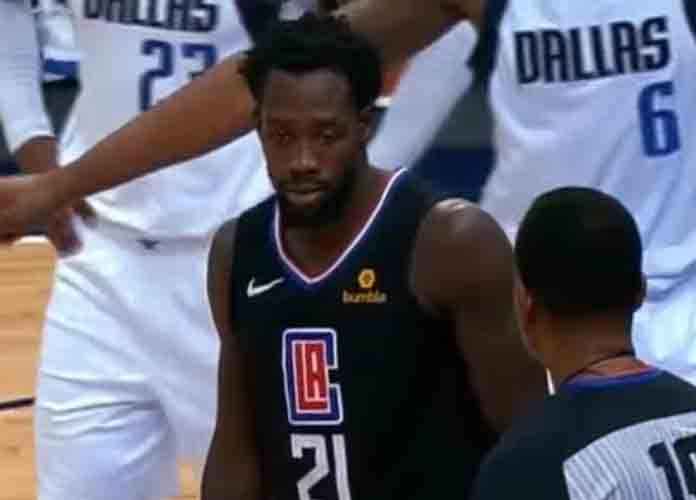 Patrick Beverly was fined $25 ,000 by the NBA on Tuesday for throwing a ball at a fan.

Beverley says he was insulted by fan before ejection

On Sunday, Beverly got into an argument with a fan sitting court-side and threw a bounce pass at him before being ejected.

According to Beverly, fan told him twice “F—k your mother.” Beverly would then watch his team lose to the Dallas Mavericks 114-100.

Clippers coach Doc Rivers said “The guy said something about his mother, so, still, I told him at the end of the day, it’s not right. Fans should have control as well, and they shouldn’t call you names, especially what I heard he called Pat and said something about his mom, but it’s tough. “I told him, ‘This is the life we live, and you’ve got to turn the other cheek, even though I know it’s hard.’ But we can’t get technicals. We just have to walk away. And then the league has to take care of stuff like that.”

Beverly was previously fined by the NBA $25,000 in 2017 after a verbal confrontation with a fan during a playoff game against the Oklahoma City Thunder.

Don Knobler, a Mavs superfan, told ESPN that he had “a testy exchange” with Beverly earlier in the game. They reported that he did insult him but denied using profanity. The incident started after Berley broke Mavs guard Dennis Smith Jr.‘s tooth with his elbow.

This isn’t the first time Mavs fans have gotten under a player’s skin. Kevin Durant went off on a group of fans in November after they called him “cupcake.” Durant came over and said, “Watch the f—ing game and shut the f— up.”  The Mavs would also go on to win that game. After the incident Durant, was fined $25,000 for “directing  inappropriate language toward a fan.”

The LA Clippers play the Memphis Grizzlies on Wednesday at 8 p.m. EST.