OPINION: Darren Collison Collared For Domestic Violence: When Will It End? - uSports.org 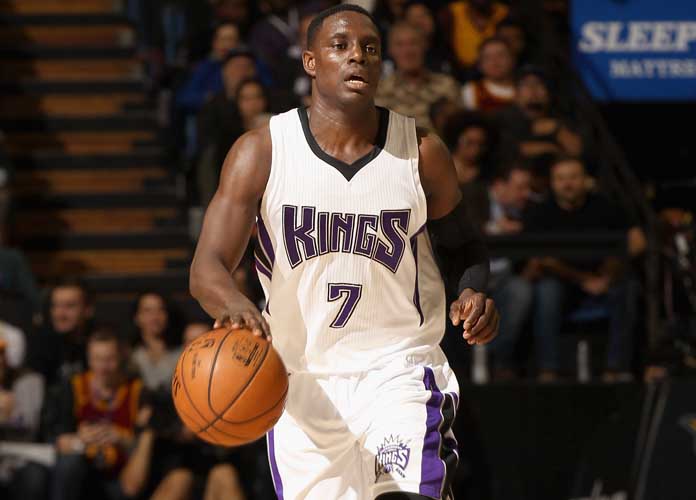 OPINION: Darren Collison Collared For Domestic Violence: When Will It End?

The star point guard of the Sacramento Kings, along with many other athletes in the last two years, cannot seem to get the point.

STOP PUTTING YOUR HANDS ON FEMALES. It is really that simple.

Darren Collison was booked on charges of “inflicting corporal injury to a spouse or cohabitant and two misdemeanor bench warrants” for driving with a suspended license, CBS Sacramento reported Tuesday.

The incident has the former UCLA Bruin staring dead in the eyes of legitimate time behind bars, as the charge is listed as a felony, according to the California penal code, meaning the Kings’ point-man is facing two to four years in prison if convicted.

The 28-year-old Collison had a strong season in Sac-town in his second year with the team, averaging 14 points and 4.3 assists per game, but he may never set foot on the floor again if the charges are even remotely plausible.

Look, I understand people get heated. And some cohabitants, spouses, companions, happen to enjoy getting under their other half’s skin. Giving in to the anger and getting physical is easy. It is the coward’s move. What makes a man is the ability to keep your cool, not your ability to put your hands on someone who would be no match for you.

Sometimes I still like to dunk on my niece’s and nephew’s Little Tikes’ hoop. You know, the one that has the blue base, orange rim and white backboard. And in order for it to stay upright you need to fill it with water or sand.

Now picture a grown man well into his twenties cocking back and hammering one home on top of the head of a six-year-old girl. You really need to be a depraved individual to get pleasure out of something like that.

What would we call that guy?

A loser. An animal, a jerk.

Putting your hands on a woman or child is much worse that Tony throwing alley-oops off the bedroom wall to reign terror down on little Timmy, but our society has allowed too many communities to permit such behavior.

So for all the tough guys out there who like to use their hands on women and children, LEARN THE LESSON ALREADY. Because if you don’t, you’ll end up like that loser who ruined Christmas when he broke Timmy’s backboard.

Read more about:
Darren Collison Domestic Violence Sacramento Kings
Listen to the uInterview Podcast!
Get the most-revealing celebrity conversations with the uInterview podcast!