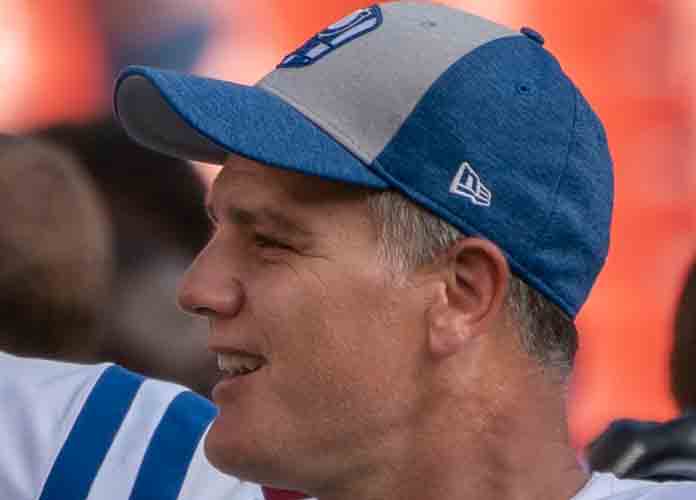 Adam Vinatieri with the Colts in 2018 (Keith Allison/Wikipedia)

Indianapolis Colts placekicker Adam Vinatieri said this week that he has not considered retiring, despite missing five kicks in the first two games of the season.

Vinatieri, 46, made only one of three field goals and only two of five extra points in a loss to the Los Angeles Chargers and a close win to the Tennessee Titans. Vinatieri has also missed a total of seven field goals dating back to the final game of last season to mark one of the worst stretches of his 23-year pro football career. Colts head coach Frank Reich said he has full confidence to Vinatieri, adding that the team will be sticking with the kicker, as he is one of the club leaders.

“Just want to make this clear: Adam is our kicker,” Reich said. “Like I said [Sunday], we have zero concern. He’s not only our kicker, he’s an instrumental leader on our team. When we talk about toughness and what we’re all about as a team and program, there’s probably no one who epitomizes that more than Adam.”

Vinatieri is the NFL’s all-time leading scorer with over 2,600 points. No doubt his age and years in the league have brought up the retirement questions instead of what Vinatieri calls “demons” that strongly suggest he has to work through a bad stretch.

“I think anybody that has had a bad game, or, I dunno, I guess if you go out golfing and you hook a couple balls, are you thinking about it until you get it figured out? I’ll spend some time this week working those [demons] out,” Vinatieri said.

Vinatieri has also been receiving treatment for a knee problem that kept him out of training camp this year, yet the kicker and his coach refuse to put blame on the knee. Instead, the pair simply state that it is all mental.

Whether it’s one of the most accurate kickers in NFL history refusing to blame his knee, or if the “demons” really are to blame, we’ll see this which of the two is the true reason behind Vinatieri’s struggles on Sunday against the Atlanta Falcons.

Atlanta won a thrilling game against the Eagles last week 24 to 20. It might come down to a field goal or an extra point this Sunday at 1 p.m. EST.