Chris Paul Lays Into Refs After Getting Called For Delay Of Game In Win Vs. Trail Blazers - uSports.org 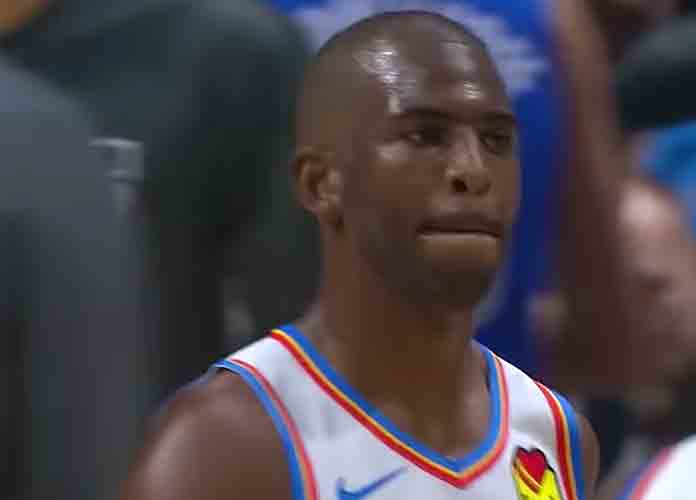 Chris Paul Lays Into Refs After Getting Called For Delay Of Game In Win Vs. Trail Blazers

Oklahome City guard Chris Paul was on the receiving end of a delay-of-game call in Sunday’s 108-96 win over the Trail Blazers.  This came after an overtime win against Minnesota on Friday when Paul pointed out to officials that Timberwolves’ forward Jordan Bell didn’t have his jersey tucked in. Bell was called for delay of game giving the Thunder a free throw and allowed them to tie the game and force overtime after Steven Adams hit Dennis Schroder with a full court pass and a layup. The Thunder would go on to win in overtime.

Paul would get a taste of his own medicine getting whistled for two delay of game calls Sunday resulting in the Trailblazers getting a technical free throw. He voiced his displeasure to the refs as the audio was picked up on ESPN’s microphone. Paul claimed, “He’s trying to prove a f—ing point. You’re going to be on SportsCenter tonight, good job.”

Chris Paul snitched on Jordan Bell for having an untucked jersey causing a delay of game.

The Timberwolves would end up making a free throw they tried to miss, leading to an OKC hail mary to force OT.

They then lost in overtime by 12. pic.twitter.com/DKEcrMWUS6

Paul is notorious for complaining to referees during games and can get under the skin of opposing players. Last April he was ejected at the end of game one of the NBA Western Conference Finals after walking towards and bumping a referee to dispute a no-call on a three point attempt. Paul was fined $35,000 for the offense but was surprisingly not suspended, even though that is the usual offense for making contact with an official, according to NBA Rules.

In the locker room post-game Paul told Sports Illustrated, “They both was on me, wasn’t it? That was good. He got me. He got me back. I learned something, too—that you can’t have your shooting shirt and your pants on when you’re checking in. They said if I’d had just one of them on—so you learn something new. They got me.”

Thunder Head Coach Billy Donovan spoke to the media postgame and claimed he had clarified the delay of game with officials. “I asked them if that was the case, were they being a stickler? They said no, and that’s the rule and they were following it. I didn’t see either one of the delays, so I don’t want to comment on it. But once I see it, I’d be more than happy to comment on it.”

With Sunday’s win the Thunder are on a two-game winning streak. They hold the eighth spot in the Western Conference with a 10-12 record and play their second game of a four game road trip tonight in Utah.