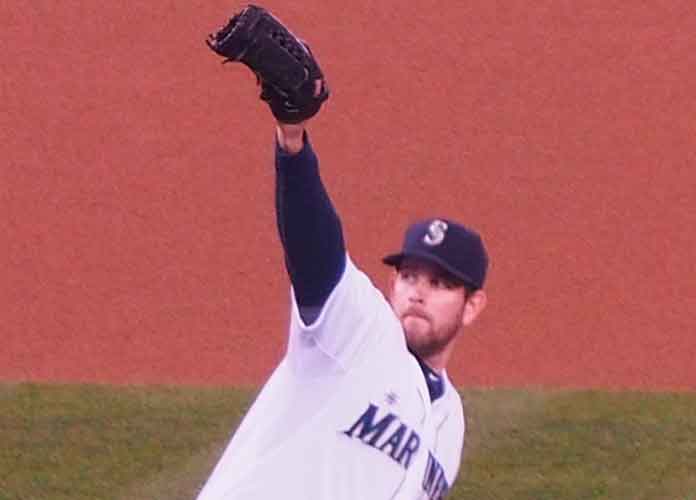 Seattle Mariners pitcher James Paxton received an unexpected, up close and personal visit from a bald eagle on Thursday, when the regal bird ended up on his shoulder.

The funny incident occurred during the playing of “The Star-Spangled Banner” before the Minnesota Twins’ home opener against the Mariners. Paxton, who was simply and quietly standing while the national anthem played, seemed to handle the situation in a rather cool manner, simply waving the eagle off after it landed between his arm and shoulder.

The incident is also ironic because the eagle is usually associated with the United States, while left-hander Paxton is Canadian.

Shortly after the eagle landed on Paxton, its handler rushed onto Target Field and fetched the bird.

“Figured I’m not going to outrun an eagle,” Paxton told reporters after the game. “So might as well see what happens.”

Incidentally, Paxton recently appeared in a Mariners ad. In the commercial, the 29-year-old pitcher removes his cap and shows that inside it are three bird eggs in a nest.

Paxton was the AL Pitcher of the Month in July 2017 and played for the Kentucky Wildcats in college.

The Twins won Thursday’s game, the first of a three-game series, 4-2. Minnesota and Seattle face off again at 2:10pm EST on Saturday.