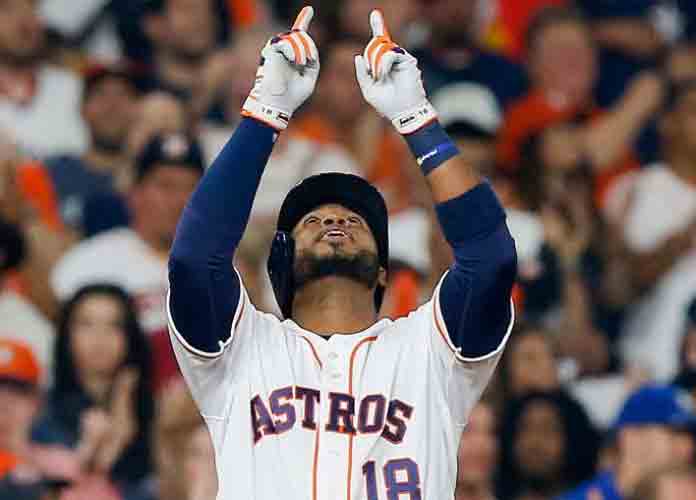 The MLB handed down one-year suspensions to both Luhnow and Hinch, but Astros’ team owner, Jim Crane took it a step further. During a press conference Monday, Crane said firing Luhnow and Hinch was “going above and beyond the MLB’s penalty.” He later added, “We need to move forward with a clean slate.”

“On November 12, 2019, former Houston Astros player Mike Fiers publicly alleged in an article published by Ken Rosenthal and Evan Drellich of The Athletic that the Astros had engaged in sign-stealing methods in 2017 that violated MLB’s rules. The allegations in the article created significant concern among many of our fans and other MLB Clubs regarding the adherence to our rules by those participating in our games, and the principles of sportsmanship and fair competition. As I have previously stated, I treat these allegations with the utmost seriousness, and I instructed our Department of Investigations (“DOI”) to conduct a thorough investigation. I believe transparency with our fans and our Clubs regarding what occurred is extremely important, and this report is my attempt to achieve that objective. At the outset, I also can say our investigation revealed absolutely no evidence that Jim Crane, the owner of the Astros, was aware of any of the conduct described in this report. Crane is extraordinarily troubled and upset by the conduct of members of his organization, fully supported my investigation, and provided unfettered access to any and all information requested.”

The MLB also demanded Houston pay a $5 million fine, which is the highest amount allowed under league rules. Both first and second round draft picks in 2020 and 2021 were also forfeited in the punishment.

In the leagues’s statement Monday, Manfred revealed details of the investigation, according to MLB.com.

“Approximately two months into the 2017 season, a group of players, including
Carlos Beltrán, discussed that the team could improve on decoding opposing teams’ signs
and communicating the signs to the batter. Cora arranged for a video room technician to
install a monitor displaying the center field camera feed immediately outside of the Astros’
dugout. (The center field camera was primarily used for player development purposes and
was allowed under MLB rules at the time when used for that purpose.) Witnesses have
provided largely consistent accounts of how the monitor was utilized. One or more players
watched the live feed of the center field camera on the monitor, and after decoding the sign,
a player would bang a nearby trash can with a bat to communicate the upcoming pitch type
to the batter. (Witnesses explained that they initially experimented with communicating
sign information by clapping, whistling, or yelling, but that they eventually determined that
banging a trash can was the preferred method of communication.) Players occasionally
also used a massage gun to bang the trash can. Generally, one or two bang corresponded
to certain off-speed pitches, while no bang corresponded to a fastball.”

Current Red Sox manager and former Astros’ bench coach Alex Cora played an important part in the scheme in Houston and his team is currently being investigated for sign stealing in the 2018 World Series. It’s very likely that Cora will face a stiff penalty as well as other Boston executives.

The Dodgers were a team on the opposing end of the scandal. They lost both the 2017 and 2018 World Series to the Red Sox. On Sunday Dodgers all-star, Cody Bellinger, told ESPN, “We could’ve won it if things could’ve gone our way.But it is what it is, man. You really can’t look back on it anymore. We’ll see what happens, what Manfred wants to do. We’ll see. It sucks, man. We were close, but we did it the right way.”