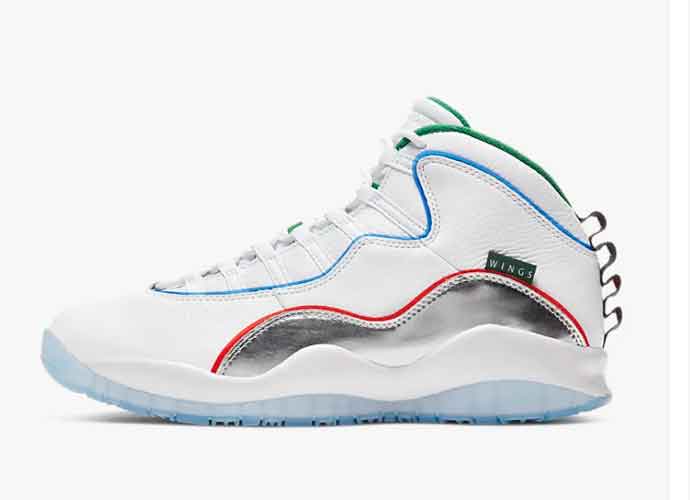 The special and eye-opening shoe release this month is the Air Jordan 10 Retro Wings. They are part of Chicago’s collaborators’ Collection for the 2020 NBA All-Star game. The collection serves as an open canvas to display the Windy City’s creative community and neighborhood through shoes and clothing.

The Wings’ design was created to connect with high school students bonding the educational program with shoes and apparel. Four high school students came together from four of the participating organizations in Chicago — Link Limited, Enlace, Little Black Peral and Embrac — to create a design that represented the famed grit and architecture of their hometown. This was done with the weather-ready design from the upper tumble white leather. They also used the metallic silver mudguards to represent a statue at the city’s center, the bright accents to represent the public transportation routes and the green insole and icy blue to pay tribute to the famous Windy City.

The Air Jordan 10 Retro Wings (White, Chrome, Black Clover colorway) can be purchased from Nike and selected retailers for $190. The shoes will also be packaged in a cement-printed shoebox with an oversized rose to continue the shoe’s theme.

The Air Jordan 10 was originally released in the 1994-1995 season. This was Hall-of-Famer Micheal Jordan‘s tenth signature shoe. The Air Jordan 10 retro wings celebrated Jordan’s return from the baseball diamond and his two-word press release that stated “I’m Back.” There are three different models of the original Air Jordan 10, also known as the Air Jordan X, and five different colorways that supported five lucky teams. These teams were the Sacramento Kings, Chicago Bulls, New York Knicks, Orlando Magic and Seattle Supersonics. The first model of the shoe had a leather toe strap, and it was the first shoe the MJ did not approve of. Once Nike released the strapless toe, Jordan was much happier. The Hall-of-Famer did wear the Air Jordan 10 when he returned to the NBA and had his new number 45 on the side.