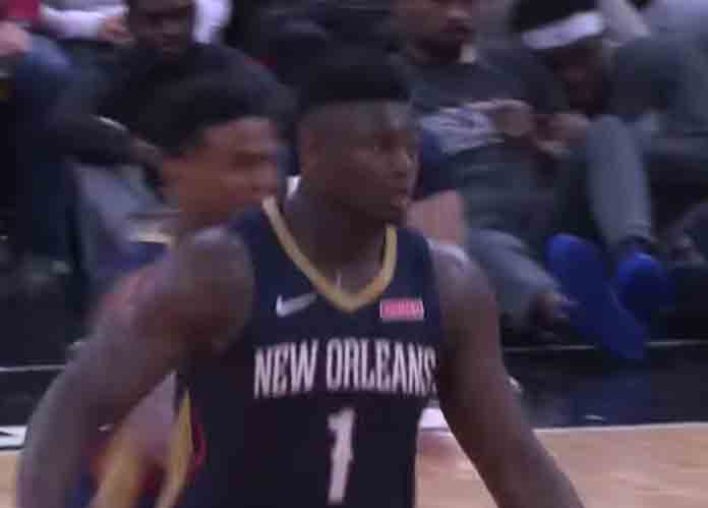 The Zion Williamson hype will never die down if he puts performances out like Wednesday night’s consistently throughout the regular season.

Williamson scored 29 points in 27 minutes in the New Orleans Pelicans’ 127-125 preseason win over the Chicago Bulls.

Heading into the fourth quarter, the Bulls held a 21 point lead, but still fell in heartbreaking fashion at the United Center on Wednesday night. The Bulls are probably happy this was just a preseason game. When asked what could be done better to avoid this happening again, Bulls rookie Coby White told reporters

Down by two, a play was drawn up by Bulls coach Jim Boylen for White with 7.3 seconds left in the game, but it didn’t go as planned. The Pelicans defense forced White out of the play and instead forced point guard Ryan Arcidiacono to make an errant, last second shot near half court.

The Pelicans dropped 14 threes on Chicago and would outscore them 41-18 in the fourth quarter to mount their comeback.

Zion Williamson caused the United Center to erupt in several moments of his 29 point performance, as the crowd went crazy for every play and dunk he got to show off.

If the Bulls would’ve won, the obvious player of note would’ve been Zach LaVine, who shot 10-16 with 28 points after three quarters. Instead, the night will be remembered for the fourth quarter collapse than Lavine’s play.

Another player of notice for New Orleans was Nickeil Alexander-Walker, who dominated the fourth quarter and was the sparkplug of the Pelicans comeback.

.@TheReal_NAW1 TOOK OVER as we outscored the Bulls by 23 in the 4th quarter 🔥#WontBowDown pic.twitter.com/53LAOOJvWu

The Pelicans have another game tomorrow against the Utah Jazz. The Bulls take on the Indiana Pacers tomorrow in more preseason play.