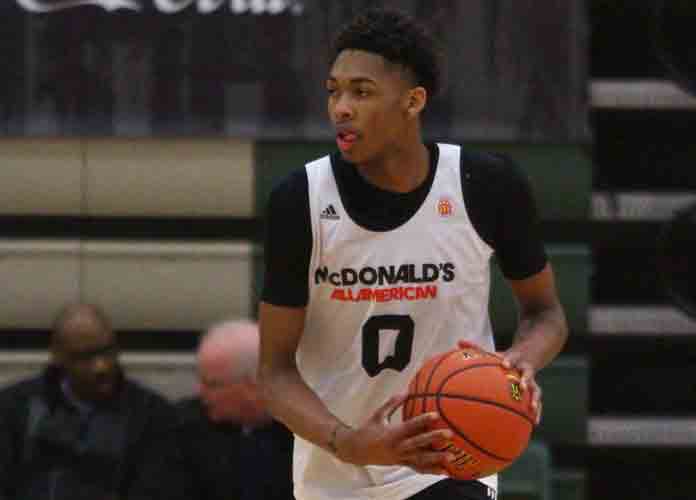 Unfortunately for the young star, doctors forced former Los Angeles Lakers forward Brandon Ingram to halt his impressive 18.3 points per game campaign early last year after detecting a blood clot in his right arm. The clot forced Ingram into a UCLA hospital this spring, where he eventually underwent successful, yet season-ending surgery.

That setback occurred months ago however, and just this week Ingram assured the media he plans to return sooner rather than later during his New Orleans Pelicans inaugural conference. Although he neglected to offer up a specific timetable for his return, Ingram stated that he is “pretty close.” Ingram also mentioned his growing progress regarding his ball-handling, lower body workouts, and passing skills. Although he still refrains from shooting balls until further healed, Ingram announced he’s also put in work on his shooting form alone during his recovery.

#Pelicans newcomer Brandon Ingram says he is “pretty close” to resuming normal workouts as he continues to recover from surgery to address a blood clot in his right arm.

Lakers GM Rob Pelinka sent Ingram packing early this summer as part of a blockbuster trade that landed the Lakers superstar forward Anthony Davis. Pelinka paired him alongside LeBron James to form an all–time elite NBA tandem. Other former Lakers such as Lonzo Ball and Josh Hart accompanied Ingram to New Orleans this summer, as the team is now gearing up to assemble a youthful yet talented squad with first overall pick Zion Williamson. Derrick Favors also joined the Los Angeles-turned-New-Orleans young core by coming in from the Utah Jazz to complete the three–team deal.

Moving forward, the Pelicans poise to watch Ingram with close attention, as a similar health concern forced 11-time All–Star Chris Bosh into an early retirement not too long ago.