What The Kawhi Leonard/DeMar DeRozan Trade Means For The Future Of NBA Team/Player Relations - uSports.org 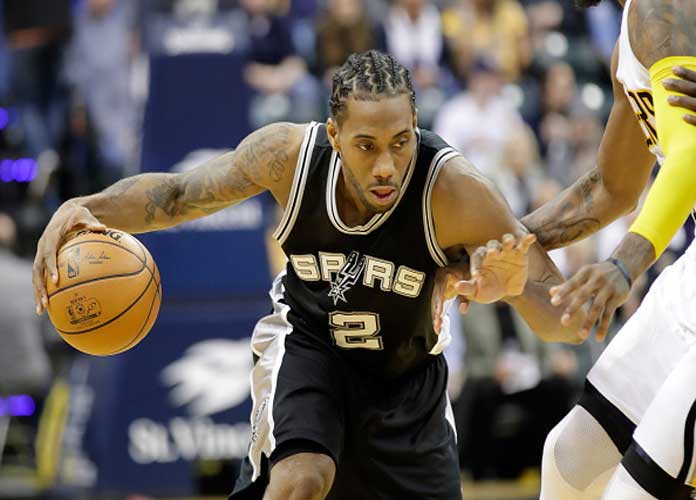 INDIANAPOLIS, IN - FEBRUARY 13: Kawhi Leonard #2 of the San Antonio Spurs dribbles the ball against the Indiana Pacers at Bankers Life Fieldhouse on February 13, 2017 in Indianapolis, Indiana.

When Spurs star forward Kawhi Leonard indicated that he wanted to leave San Antonio due to a fallout between he and the organization’s higher-ups, the NBA media went abuzz with trade rumors. Leonard himself has reported that he wants to play for the Lakers, basically alerting the Spurs that he has no plans to resign with the team after his current contract ends in 2019.  This being the case, San Antonio was expecting to trade Leonard elsewhere, so as to at least get something for his departure as opposed to keeping him for the 2018-19 season but losing him for nothing down the line.

While the Lakers were obviously the first choice for a trade destination according to Kawhi’s wishes, the Spurs were reportedly asking for too much in return. Having just signed the best player in the world in LeBron James and being Kawhi’s expected #1 choice in free agency, LA couldn’t find a way to meet the Spurs demands and decided to wait on their acquisition of the forward. However, the Spurs eventually found a trade destination for Leonard last week, but that’s where things get difficult.

San Antonio traded Kawhi to the Toronto Raptors, one of the few places which he explicitly said would not be where he would want to go. The Spurs also sent along Danny Green, while receiving Jakob Poeltl and All-Star swingman DeMar Derozan from Toronto. Right off the bat, we know this is a bad look for the Spurs, as they sent Kawhi to a place to which he specifically did not want to go, clearly disregarding his feelings. However, one could argue that the Raptors treatment of DeRozan was even worse.

Just days prior to the trade, the Raptors specifically told DeRozan that they would not trade him. DeRozan has been a Raptor throughout his entire 9-year NBA career and has expressed love for the team, the city, and the fans time and time again. This makes the trade seem like even more of a betrayal, as the team went against their word to their best player. DeRozan, clearly upset, took to his Instagram story to announce his displeasure, indicating that there is no loyalty in the NBA.

A Kawhi trade to the Raptors for DeMar DeRozan is being finalized, per Woj. Here’s DeMar’s IG story 👀👀👀

And you know what? He’s not wrong.

Fan constantly criticize players for leaving their teams, calling them disloyal for wanting to play elsewhere. Kevin Durant was called a “cupcake” for leaving OKC to play with the stacked Warriors. LeBron was shredded for his decision to leave Cleveland for South Beach. But when teams do the same to their players, it’s considered to be “just business.”

The Kawhi/DeMar trade is the pinnacle of this strange dichotomy, and looks to perhaps be a tipping point in the two perspectives being reversed. Players now have more power than they’ve ever had before in free agency, and this gives them a brand new thing to think about. Now, not only will they be looking into their best opportunity to play and win, but also how their team would treat them down the road. This could very well sway teams away from San Antonio and/or Toronto at first, as both teams have demonstrated a lack of empathy toward their players’ wants. Toronto already wasn’t the greatest free agent to begin with, but now that they’ve abandoned the one star who truly wanted to play there, why would any other star do the same? They may have a better chance to win next season, but Kawhi will almost definitely leave in 2019, so it’s basically championship or bust for the Raptors, because it may be a while before any good player ever wants to go there again.

This extends far past Toronto and San Antonio, though, as now players cannot help but be wary of the teams with which they plan on signing. They want to be treated as people, not pieces in a chess game, ready to be sacrificed for the good of their organization. Especially given the way DeRozan was treated by Toronto, even the most solemn of promises can be broken, and the trust between players and teams could be forever hindered.

The NBA is still one of the most powerful sports leagues in the world and is continuing to grow and grow, but this trade could very well make it so that its players may never see it as they once did.