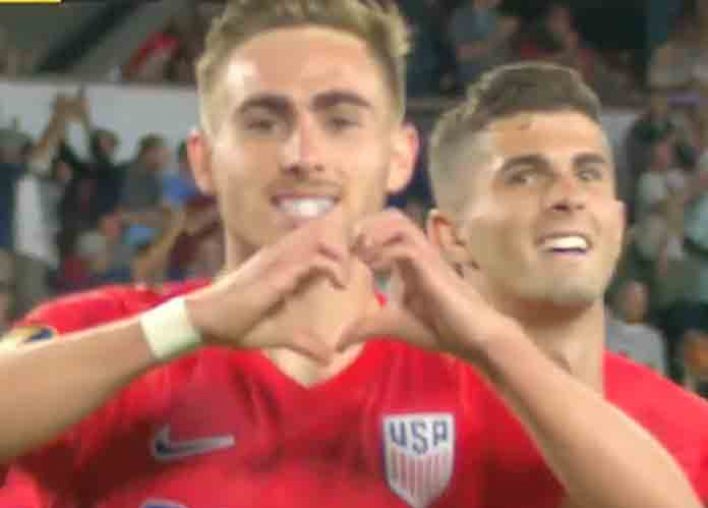 The U.S. Men’s National Team kicked off their journey through this summer’s Concacaf regional tournament, where the men’s team will be seeking their seventh Gold Cup title. If the U.S. were to win this year’s tournament, they would tie Mexico’s seven titles and help them drastically qualify for the 2022 World Cup in Qatar.

Ever since the U.S. failed to qualify for 2018 World Cup after losing to Trinidad and Tobago, there have been high tensions in the locker room. This year, under new head coach Gregg Berhalter, the U.S. is looking for a fresh start, which they got.

The U.S. opened group play with a 4-0 over Guyana on the back of newcomer Tyler Boyd and his brace. There are some new faces in and around the team along with Boyd, like the exciting midfielder Weston McKennie, who got two assists Tuesday night, pairing with the old-timer Michael Bradley in the middle. Christian Pulisic made an appearance for the team after lacking serious national team minutes last year thanks to a multitude of injuries. The newest Chelsea signing looks to be the focal point in the men’s team, with Berhalter licensing him to roam free and become the impact player the men’s team has been lacking for years. Gyasi Zardes got on the score sheet, as well as Paul Arriola.

Development under Berhalter and his staff will be on display in this Gold Cup tournament. High-stakes matches will give fans and the board a quality outlook on what’s to come for the men’s team.

The U.S. team has Trinidad and Tobago next on June 22, and will be looking for nothing short of revenge. Fans and players alike will be seeking a must-win to prove that they are not that same team that lost to them back in October of 2017, one of the lower points of U.S. Soccer history.

After the victory against 🇬🇾
Here is how we stack up against the rest of Group D in #GoldCup2019! 👏 pic.twitter.com/PHL42wuatS

Another match to look out for is Mexico vs. Canada on Wednesday at 8:00 p.m. EST, broadcasted on Fox Sports 1. Mexico won their first group play game against Cuba 7-0, behind Uriel Antuna’s hat trick.