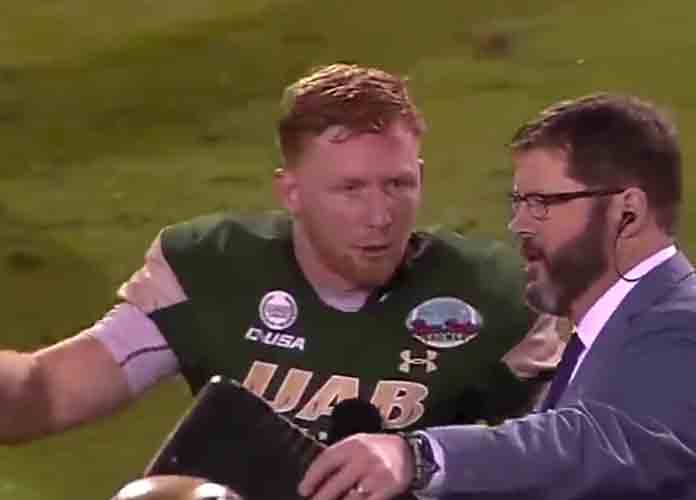 The University of Alabama at Birmingham capped off their dream season with a bowl win. Just two years after their program took a two-year hiatus, the Blazers defeated Northern Illinois 37-13 on Tuesday in the Cheribundi Boca Raton Bowl.

Not only was it their first bowl win but it also ended an 11-3 season against another conference champion.

Xavier Ubosi lit up the competition. On the Blazers’ first offensive play, he pulled in a 70-yard bomb from true freshman quarterback Tyler Johnston III.

Then, in the second quarter, Ubosi shined again. On fourth-and-six, NIU got called for a “roughing the punter” penalty. This led to a fourth-and-one that the Blazers converted. Already up 17-10, Johnston let out a 46-yarder to Ubosi, who took it home.

Midway through the third quarter and already up 27-13, Ubosi caught his last touchdown, a 66-yarder.

It wasn’t just Ubosi shining for UAB, though. The defense forced two turnovers and held the Huskies (8-6) to just one touchdown, courtesy of running back Tre Harbison.

“I’m surprised but at the same time you work for it,” Ubosi said of his performance. “Just practice hard and whatever you do in practice you’ll do in the game.”

This season is an amazing story for UAB. Head coach Bill Clark led the team to an 8-5 record in their first season in two years. They also nabbed their second bowl bid in program history. They’d lose in the Bahamas Bowl to Ohio. Clark essentially had to rebuild the program from nothing and targeted junior college player heavily.

“The big thought on that was that these guys can get not just academically better, but they can also get physically better,” Clark said. “So a lot of people bypassed a lot of the kids we took because of injuries or whatever, and we chose to take guys, because we knew we had another year or two to really get their grades good or get ‘em better physically.”

UAB is currently unranked in the College Football 25 but that doesn’t take anything away from their comeback season. Clark rebuilt a team from nothing and they have now won their first bowl game.