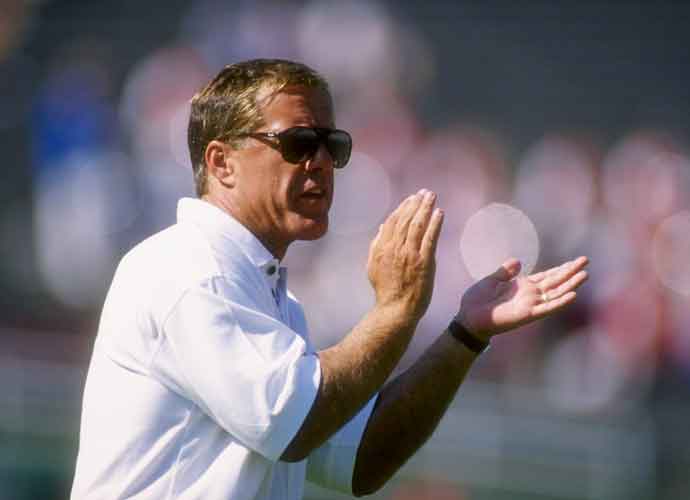 10 Sep 1994: Head coach Terry Donahue of the UCLA Bruins claps his hands during a game against the Southern Methodist Mustangs at the Rose Bowl in Pasadena, California. UCLA won the game 17-10. Mandatory Credit: J.D. Cuban /Allsport

Terry Donahue, the winningest coach in Pac-12 Conference and UCLA football history, died on Sunday. He was 77.

“We mourn the loss of a true Bruin and college football legend,” UCLA wrote on Twitter. The school wrote that “[Donahue] passed away on Sunday evening, July 4, at his home in Newport Beach, Calif., surrounded by family, following a two-year battle with cancer.”

We mourn the loss of a true Bruin and college football legend.https://t.co/NL6FbU5lhw#GoBruins pic.twitter.com/gbO68XLLu0

As the Bruins’ head coach, he led them to five league titles and three Rose Bowl wins. He compiled a 151-74-8 record at UCLA and a 98-51-5 record in Pac-12 play. Donahue’s 98 wins are the most of any coach in Pac-12 history, and his 151 victories are the most in UCLA history. He coached future Hall of Famers: quarterback Troy Aikman, safety Kenny Easley and offensive tackle Jonathan Ogden.

It was a sad day for the college football community.