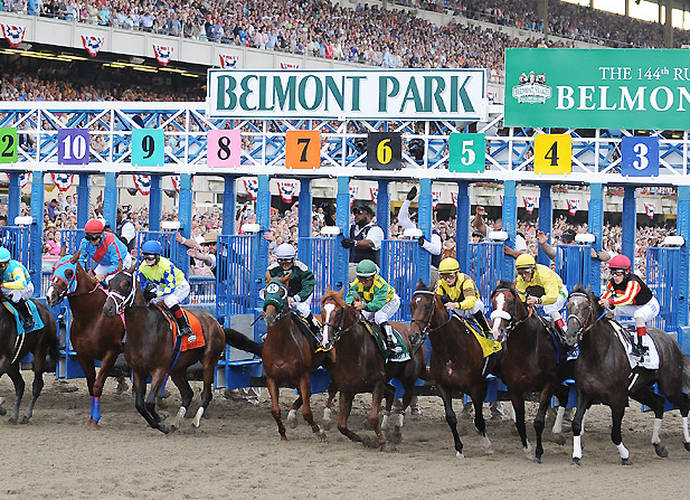 Something about horse racing has always inspired sports writers to put forth their best work. The sport exists of a time long since past in American history when bookies used to line the wooden railings and owning a horse was the peak of American wealth. Today, it is a rarity if a sports fan watches a race outside of any of the Triple Crown Races; in honor of the Belmont Stakes being run on Saturday we’ve decided to bring you some of the most timeless writing about horse races from men who defined the field of modern sports writing. Check it out below and tune in to the Belmont Stakes on Saturday to see American Pharoah go after the Triple Crown.

Death of A Racehorse by W.C. Heinz

Published in The Sun on July 29, 1949, Death of A Racehorse tells the story of Air Lift, full brother of Assault. The piece is a beautiful example of minimalism in writing; Heinz was a huge fan of Hemingway and you can see it in his clipped yet descriptive prose.

Excerpt: They were going to the post for the sixth race at Jamaica, two year olds, some making their first starts, to go five and a half furlongs for a purse of four thousand dollars.

The Kentucky Derby is Decadent and Depraved by Hunter S. Thompson

This particular story was taken from Scanlan’s Monthly in 1970 when the father of “Gonzo” journalism, Hunter S. Thompson, traveled to Churchill Downs for the running of the 1970 Kentucky Derby. It is written in typical Thompson style with run-ins with characters from all walks of life, all told through a first person view. This essay was published one year before Thompson would become a household name after his work Fear and Loathing in Las Vegas.

Excerpt: I decided my only hope for credentials was to go out to the track and confront the man in person, with no warning–demanding only one pass now, instead of two, and talking very fast with a strange lilt in my voice, like a man trying hard to control some inner frenzy.

Red Smith was one of the most highly respected horse racing journalists of all time and it’s difficult to pick a single story of his as definitive. Dead Sea Downs stands apart simply due to the unique subject matter of “the lowest gambling hell in the world”.

Excerpt: The gambling hell has no official name. Call it Dead Sea Downs or Qumran Park. It is a little Shoeless Joe of a racetrack on the desert, at present a casualty of last June’s Six-Day War but in its time a center of cheerful debauchery in a region where sin isn’t exactly an innovation.

Finally we get to the classic Sports Illustrated piece about Secretariat, the horse who in 1973 galloped onto the scene and won the first US Triple Crown in 25 years. The story that ran in SI is hailed as one of the great pieces of sports writing of all time. Nack expertly weaves in commentary about the horse’s career with personal observations in order to paint a full picture of Secretariat’s life.

Excerpt: Instead, for a full half hour, I stood by the paddock waiting for Robinson and gazing at Secretariat. The gift of reverie is a blessing divine, and it is conferred most abundantly on those who lie in hammocks or drive alone in cars. Or lean on hillside fences in Kentucky.