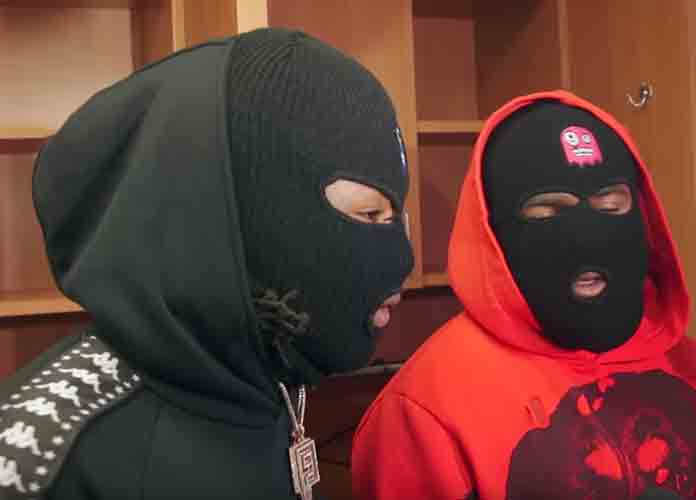 Last season, the Philadelphia Eagles rode all the way to a Super Bowl title in dog masks, signifying that they were the underdogs. Last month, the team replaced the dog masks with ski masks as they tried to “steal” a playoff berth this year. The New Orleans Saints proceeded to turn their repeat dream into a nightmare.

Fans watched star wide receiver Alshon Jeffrey miss a pass that was then picked off by Marshon Lattimore. It was a fitting way to seal the deal for a team eliminated by the “Minneapolis Miracle” last season.

Why did Philly hurry to snap a play before the two minute warning??pic.twitter.com/PMZdiKP8pL

The Saints, down by 14 after the first quarter, scored 24 unanswered points in the next three periods. Quarterback Drew Brees ended the game with 301 yards and two touchdowns. The Saints then went to the locker room and blasted Meek Mill‘s “Dreams and Nightmares.”

The Philadelphia anthem, which includes one of the most iconic beat changes in rap history, was the Eagles’ soundtrack for their Super Bowl win. Mill, a 31-year-old Philly native, was released from prison in April and has since been a strong advocate for criminal justice reform. The Eagles ran onto the field with it and also used it during celebrations. Mark Ingram and Alvin Kamara were aware of this when they wore ski masks and danced to the song after the game.

Kamara and Ingram committed to the troll 😂

Philly will now turn their attention to the Sixers and hope that Jimmy Butler won’t destroy the team before the playoffs begin.

The Saints move on to the NFC Conference Championship and will have home field advantage over the Los Angeles Rams.