Steelers' Season Comes Crashing To An End After Fatal Fumble In 31-28 Loss To Saints [VIDEO] - uSports.org 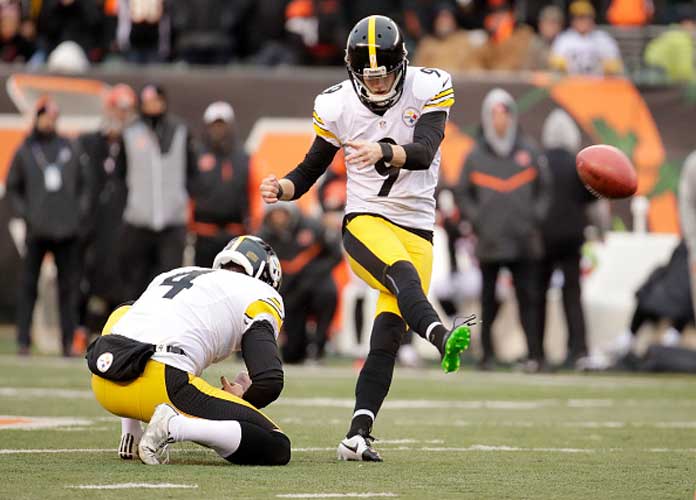 The Pittsburgh Steelers‘ (8-6-1) playoff hopes effectively ended Sunday after they suffered a brutal 31-28 road loss to the New Orleans Saints (13-2) following a fatal fumble in the last minute of the game.

Pittsburgh’s JuJu Smith-Schuster killed the potential game-winning drive for his team in Saints territory with just 32 seconds remaining. The 22-year-old wide receiver and 2017 second-round pick out of USC was reportedly devastated by the fumble and sat in the Steelers’ locker room frustrated and crying because of his blunder.

The turnover came at the end of an eight-yard catch that had pushed the ball to the 34-yard line, which was just about in range for a long field goal that could have possibly tied the matchup.

The #Saints force the fumble and get the No. 1 seed in the NFC!#Steelers fans now turn into #Browns fans for their playoff hopes! pic.twitter.com/f8Te6edOTY

This marked the fourth time in five contests that Pittsburgh suffered a shocking, heartbreaking loss after a game-changing play in the final moments.

Last month, the Steelers fell to Denver 24-17 after the Broncos intercepted the ball in the end zone. The following week, back-to-back penalties canceled a pair of missed field goals and set up the Los Angeles Chargers to earn the win with their own kick. Finally, Pittsburgh missed a potential game-tying field goal one week later after Chris Boswell slipped in a 24-21 defeat in Oakland.

“For it to come down like this every week, it sucks,” Smith-Schuster told USA Today. “This feeling sucks.”

The Steelers needed to defeat the Saints on Sunday in order to reach the playoffs, especially after their AFC North rivals and division-leading Baltimore Ravens (9-6) beat the Chargers 22-10 on Saturday night.

Pittsburgh will host the Cincinnati Bengals (6-9) — who are fourth in the AFC North, behind the Cleveland Browns (7-7-1) — next Sunday for their regular-season finale.