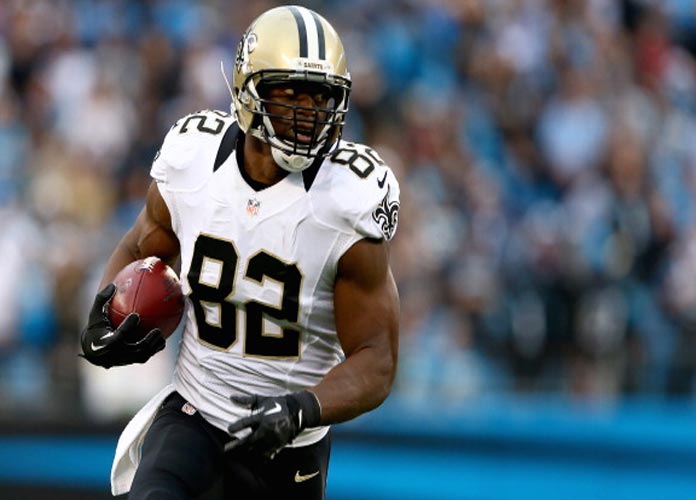 CHARLOTTE, NC - DECEMBER 22: Benjamin Watson #82 of the New Orleans Saints during their game at Bank of America Stadium on December 22, 2013 in Charlotte, North Carolina. (Photo by Streeter Lecka/Getty Images)

Baltimore Ravens tight end Benjamin Watson weighed in Wednesday on the controversy surrounding the phrase “All Lives Matter” as opposed to “Black Lives Matter,” following the recent shootings of Arlon Sterling and Philando Castile in Louisiana and Minnesota.

Watson also explained why he believes the phrase came about as a reaction to the “Black Lives Matter” movement.

He continued, “The reason why ‘Black Lives Matter’ is a chant is because a lot of people feel, myself included, that sometimes they don’t matter.”

The 35-year-old NFL star then suggested an adjustment to the phrase “Black Lives Matter” so as to make the objectives of the movement more clear as well as more inclusive.

“Maybe it should have been ‘Black Lives Matter Too.’ Maybe that would have been more descriptive of what we’re really saying. Because what they’re not saying is that Black lives matter more than anybody else’s lives, it’s more of a ‘hey, these lives matter too.’”

Watson released a book, Under Our Skin: Getting Real About Race–And Getting Free From the Fears and Frustrations That Divide Us, with Tyndale House Publishers. on November 17, 2015.

He also joined The Kelly File with Megyn Kelly on Friday to discuss race, and said young black men come to learn that “life is a little bit different” for them.

“We grow up understanding that you comply with the police, that your leash is a little bit shorter,” he said.

Watson admitted that he’s gotten pulled over and worried that something could happen to him, even though he’s a law-abiding citizen.

However, he called for understanding on both sides, stating that everyone should listen to law enforcement, whom “we need.”

Watson said that his message for everyone, not simply black men, is to obey.

When a police officer asks you to do something, do it,” he said.

Benjamin Watson: “I think it’s important that we are able to put ourselves in someone else’s shoes.” #KellyFile pic.twitter.com/E2w1WGPCKc

CHARLOTTE, NC – DECEMBER 22: Benjamin Watson #82 of the New Orleans Saints during their game at Bank of America Stadium on December 22, 2013 in Charlotte, North Carolina. (Photo by Streeter Lecka/Getty Images)